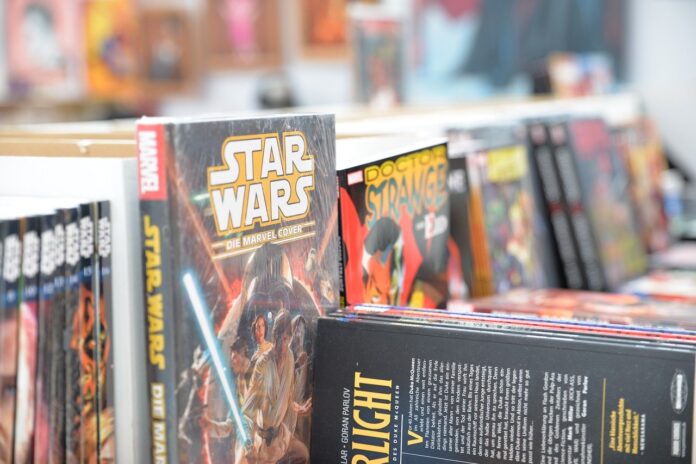 The For The Love Of Sci-Fi convention is due to come to Manchester’s BEC Arena on 5 December 2020. This is the UK’s largest fan convention for science fiction, and it promises to feature stars from legendary TV shows and movies like Stranger Things, Hellboy and Flight of the Navigator.

Sci-fi has come a long way from its somewhat nerdy origins. What started in literature with authors like Mary Shelley, H.G. Wells, and Jules Verne has now become hugely influential across a range of media. From long-running TV shows like Star Trek to movies such as The Matrix and Star Wars, it’s evident that science fiction is much more than a passing fad.

There are even dedicated television channels like Sy-Fy, featuring the latest from the world of sci-fi. Plus with sci-fi casinos like Kaboo, offering one of a kind online casino experience, with a dark, horror-filled science fiction theme, fans of the genre have plenty to choose from to satisfy their hunger for the unexplored. So what kinds of things can we expect from The For The Love Of Sci-Fi 2020?

It will be the sixth outing for this comic book and sci-fi convention, and much of the two-day festival will be dedicated to Stranger Things with props and sets from the Netflix hit TV show recreated in the arena.

Previous editions of this festival have seen a massive amount of set builds, props and life-size vehicles from sci-fi franchises such as Star Wars. It’s going to be interesting to see how the creators of the convention will aim to transform the inside of the arena into the fictional town of Hawkins, Indiana from Stranger Things.

There will be a special guest appearance from Millie Bobby Brown who plays the show’s enigmatic star, Eleven. In addition to this, Cara Buono, who plays Nancy and Mike’s mother Karen Wheeler, and Randy Havens who played the science teacher Scott Clarke, will also be making appearances.

Other big-name guest appearances include the legendary Ron Perlman from Hellboy and Sons of Anarchy. Plus Joey Cramer from the iconic 1980s sci-fi movie Flight of the Navigator will be showing up at For The Love Of Sci-Fi in December.

Being a sci-fi convention, we can expect that there will be a tremendous amount of cosplay at For The Love Of Sci-Fi. Previous incarnations of this festival have included a massive cosplay masquerade, alongside appearances from famous cosplay stars dressed up as anything from The Predator and Thor, to Black Widow and Ripley, and we can expect plenty more eye-catching treats in 2020.

Other key features will include exclusive screenings, a sci-fi market, and even a private after-party. There will also be a range of trader tables with toys, collectables, games, clothing, books and even cosplay items.

Tickets are already on sale at the official website, and ticketing options include an exclusive meet and greet tickets. However, much of this depends on how the ongoing coronavirus pandemic plays out.

The For The Love Of Sci-Fi convention is run by Monopoly Events who own the actual venue and production company. The brand has written a lengthy statement reassuring potential visitors about their safety in attending the sci-fi convention. We have seen other popular comic conventions such as the 2020 Comic-Con in London being postponed, and it remains to be seen how the For The Love Of Sci-Fi festival will cope with the ongoing social distancing guidelines.

But with the prospects of free tours returning to Manchester, it is hoped that sci-fi fans will be able to get a dose of safe and fun science fiction entertainment towards the end of the year thanks to the For The Love Of Sci-Fi convention.

Forest Side, Cumbria wins a Michelin star eight months after it launched