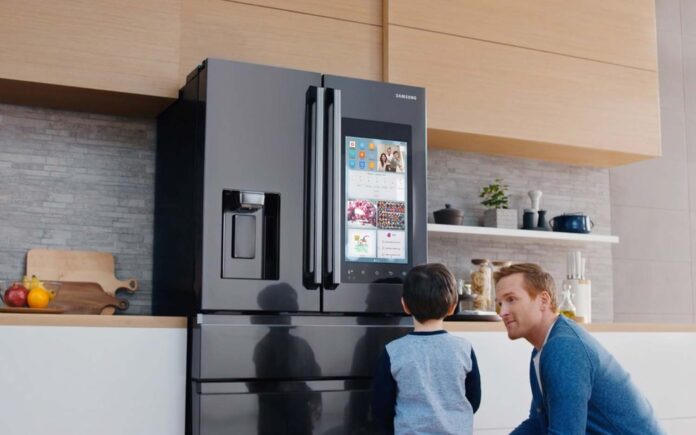 Despite costing hundreds of pounds more than their standard counterparts, smart appliances could be rendered obsolete after as little as two years as manufacturers stop providing vital software updates, according to a new Which? investigation.

When Which? asked its members how long they thought a smart appliance might last, 69% per cent said they would expect it to last the same length of time as a non-smart equivalent.

But many manufacturers are failing to give clarity about the length of time their products would be supported with important security updates – without which they would potentially be rendered a security risk.

Smart appliances come with a range of useful features that allow users to control them remotely using a phone, save money by improving efficiency, or send alerts to engineers when a fault is connected.

However, without regular security and software updates, they could lose smart functionality and leave all the data on the owner’s home network open to hackers – raising the environmentally disastrous prospect of expensive machines that still work being replaced before their time and even ending up in landfill because they are not supported or secure.

When Which? asked major manufacturers about how long their products would receive vital software updates, it found most were not being transparent, and one suggested that it could even stop providing security support after only a couple of years.

The majority of manufacturers claimed they would offer updates for what they termed ‘the life of  the product’ – but refused to say how long they would expect that to be.

Samsung said ‘a minimum of two years’. Hoover/Candy claimed an appliance’s lifetime depends on factors like regularity of use and whether the appliance is loaded or maintained correctly.

BSH (which makes Bosch, Neff and Siemens appliances) said that it is difficult to provide a specific length of time for updates across its smart products but reiterated that it would provide updates for the lifetime of the product. Whirlpool stated that it does not have a timeframe for updates.

LG said that if issues are detected, updates can be rolled out to consumers, but it did not confirm any timeframes for the duration of support. Beko said ‘a maximum of 10 years’.

Only Miele was definitive. It said from the outset that it would support its smart appliances with 10 years of security updates, matching Which?’s research that shows how long these products typically last. It tends to reserve smart functionality for its higher-end products, often costing more than £1,000, and they sometimes have 10-year parts and labour guarantees too.

Which? wants manufacturers to be transparent about how long customers will receive the adequate updates and support needed to ensure the functionality of smart features when they buy an appliance. Currently, none of the manufacturers Which? spoke to have published a length of update policy in their terms of use.

Most of these products should work without an internet connection but it might not always be the case. Losing the smart features could mean that customers have rights under the Consumer Rights Act 2015 which requires products to be “of satisfactory quality”, “fit for purpose” and “as described”.

Under these circumstances, it is not surprising that in Which?’s survey six in 10 people (61%) who do not already own a smart appliance said they would not consider buying one.

A new EU directive could make it clearer where owners of smart appliances stand. If adopted in the UK, the directive would mean consumers have more protections with digital elements of appliances, including an obligation to guarantee the smart functioning of a product (through updates, for example).

The UK government has also set out plans for legislation requiring smart appliances to meet certain security standards. These proposals would oblige manufacturers to state the minimum length of time the device will receive security updates.

Which? will closely scrutinise the development of legislation around security standards to ensure it  works to prevent security-risk products ending up in people’s homes and will continue to put pressure on manufacturers to give their customers the transparency they need to make informed decisions about buying smart products.

“’Being able to check the contents of your fridge from your smartphone or having your dishwasher order itself more salt when it starts running low may seem appealing, but with some appliances costing up to an extra £900, these smart features don’t come cheap.

“Until manufacturers are clear and upfront about how long they will support these products for, consumers could be better off avoiding smart appliances that might turn ‘dumb’ after only a few years and stick to more reliable and significantly cheaper non-smart alternatives.”

How to launch your freelance makeup career with a bang