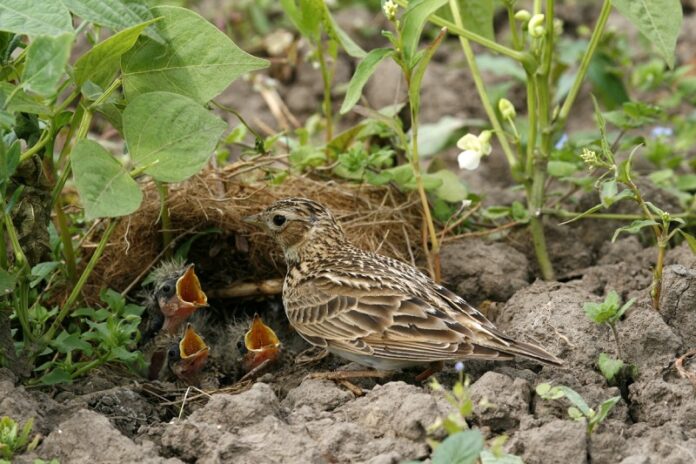 Moorland fires are devastating wildlife during the nesting season according the Wildlife Trust for Lancashire, Manchester and North Merseyside.

The Trust has received hundreds of messages from angry and upset nature lovers as two fires are causing severe damage to large hectares of moors above Lancashire and Greater Manchester. And campaigns officer Alan Wright has blasted the people who caused the fires as “irresponsible” and “selfish”.

It has also meant fire fighters having to battle the blazes, endangering their lives in roasting hot temperatures. If fires get deep into the peat it will mean long and arduous shifts for fire fighters from Lancashire and Greater Manchester, and teams from United Utilities and Bolton Mountain Rescue.

Alan said: “So the lockdown is eased and suddenly people think it’s a great idea to take a barbecue onto the moors, which are tinder dry after weeks of rain.

They have a barbecue, which is lovely for them, and then leave the barbecue which is too hot to touch and it starts a fire, which, subsequently, spreads across a dry moor. They love spending time in the outdoors but are not prepared to spend a little time making sure they are not leaving a trail of damage

“What kind of person thinks that leaving a hot barbecue isn’t going to cause problems in these areas? I think irresponsible is too kind. Instead of pouring water onto the barbecue and taking away their litter, they selfishly leave it for someone else to clear up. In this case, though, they leave it and it damages a vitally important area for wildlife.

“I doubt if they are lying awake at night worrying about the fire fighters who having to deal with this.”

Moorland fires spread quickly and will take wildlife by surprise, destroying nests and killing chicks, and many of the insects they feed on. Alan said: “Imagine being a parent lapwing, skylark or vole and having to leave your children as a fire rushes towards you. Many thousands of creatures will have died in these fires over the weekend. Fledglings will have died panicking running for safety but having nowhere safe to go.  “The West Pennine Moors are a Site of Special Scientific Interest because of the rare and wonderful wildlife you find there. Most people are proud of our moors and, with a little thought, most of these fires don’t need to happen.”

The fire on Darwen Moor has destroyed a replanting programme for dwarf cornel and heather, which was started recently after years of planning. Ground nesting birds, among the heather, like curlew, snipe and ring ouzel, will have suffered losses and well as small mammals, voles, mice and possibly foxes and hares. Farmers may also have lost sheep in the blazes.

Alan said: “Over the past few days I have noticed an increase in litter and now the fires have started again. Surely it’s not difficult to tidy up after yourself or to make sure you aren’t leaving something that can potentially start a fire.