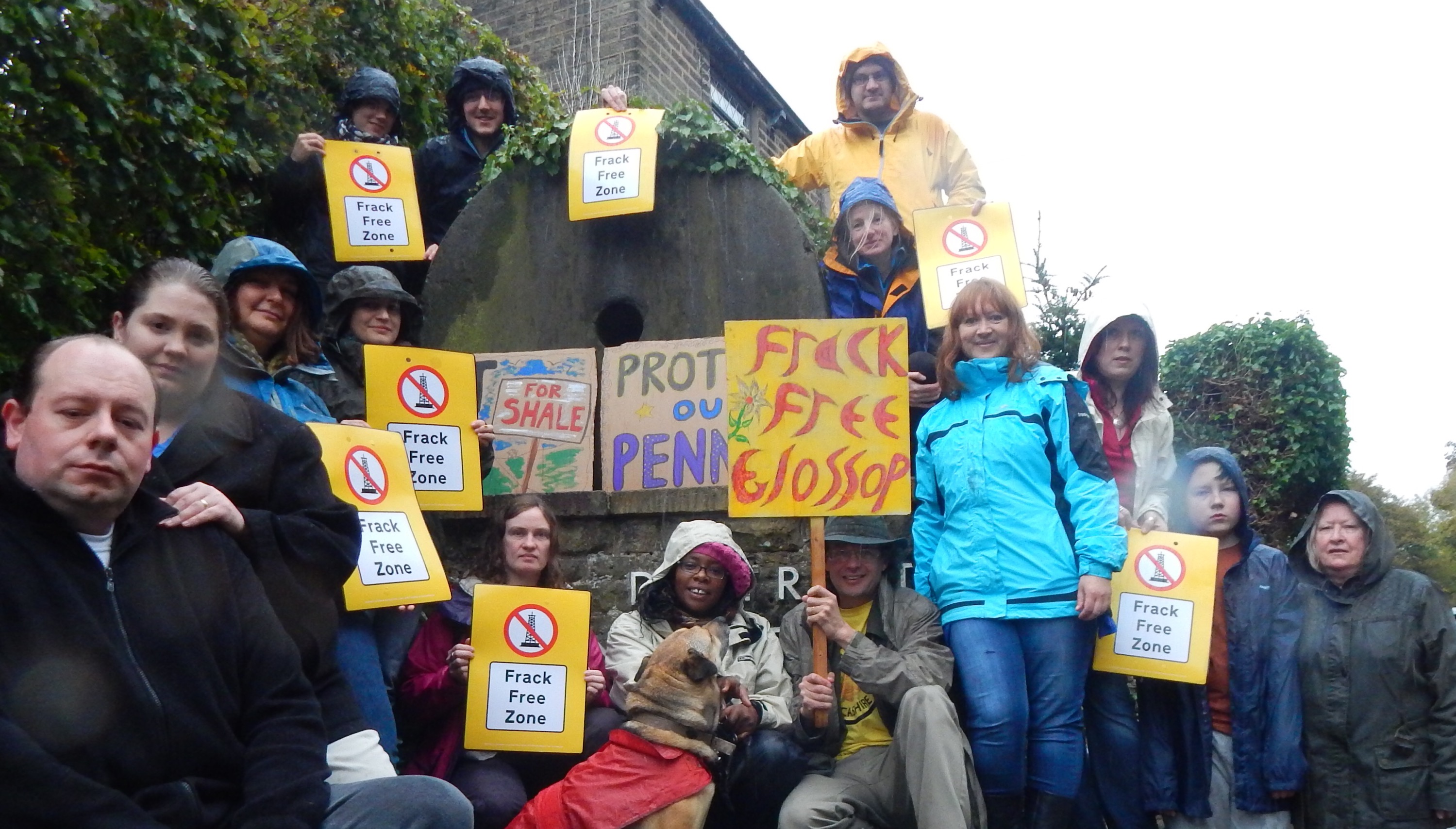 Campaigners from Glossop called on their local MP to save the Peak District National park from fracking. Fifteen campaigners gathered for a photograph this morning, in very wet weather, on the edge of the National Park in Glossop.

Controversial plans which could allow fracking for shale gas under National Parks and Sights of Special Scientific Interest are to be discussed by a parliamentary committee on Tuesday 27th October. If enough MPs object there could be a vote in the House of Commons a few days later.

Greenpeace campaigners in Glossop, Derbyshire, are calling on their local MP Andrew Bingham to vote against the plans. Campaigners oppose fracking because of fears of water and air pollution, the dangers of increased lorry traffic on narrow country roads, the noise and visual impact and because shale gas is a fossil fuel which will contribute to Climate Change.

Spokesperson Martin Porter, who was part of the campaign against drilling at Barton Moss in Salford two years ago as well as this year’s successful campaign to get Lancashire County Council to oppose fracking, said:

“It is unbelievable that less than six weeks before the most important conference on Climate Change ever, not only is the government pressing ahead with plans for a new fossil fuel, but they want to allow drilling under our most beautiful countryside.

“Fracking under the National Park would mean rigs in Glossop and Chapel-en-le-Frith to get at the shale gas below the moors. 83 years ago my grandfather, Claude Porter, took part in the Kinder Scout Mass Trespass which led to the creation of the National Park. If anyone tried to frack under the Peak District there could be a second mass trespass to save it.”