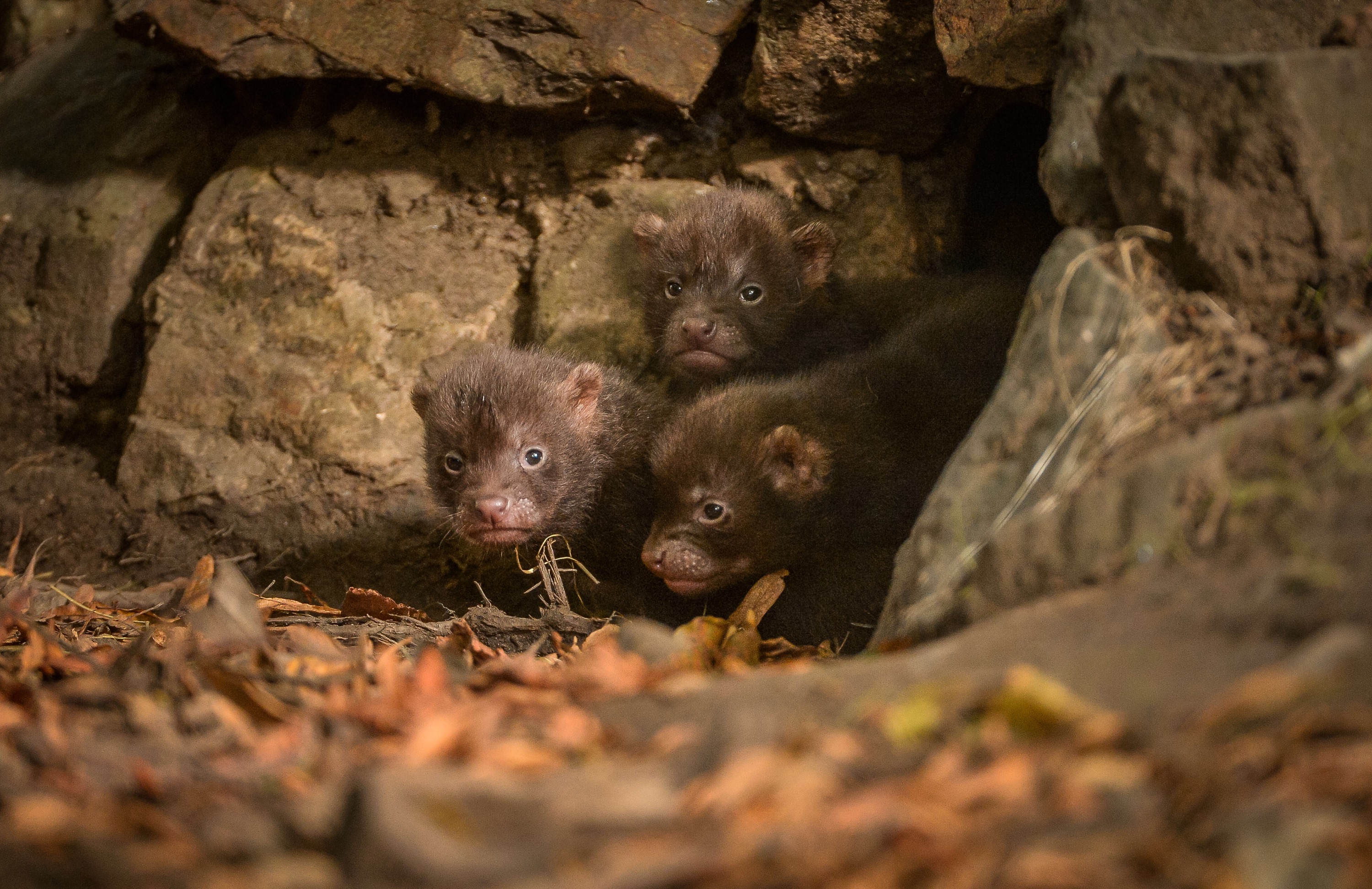 A tiny trio of bush dog pups have been spotted emerging from their den for the first time at Chester Zoo.
A litter of pups arrived to first time mum and dad on Friday 7 August after a three-month gestation and have since been keeping warm in their den – although it’s not yet known how many were born.

Tim Rowlands, curator of mammals at the zoo, said:
“We’ve managed to spot three pups so far, although there could be more! At just four weeks old the litter is still comfortable in their den but we expect the pups to grow in confidence over the coming weeks and slowly start to explore the outside world.
“Once they have fully emerged from their den we will do their first health check, which includes weighing, sexing, microchipping and recording any individual markings so that we can monitor their progress closely.”
Bush dogs are a member of the canine family (Canidae) and live in small isolated subpopulations in the wet forests and grasslands of Central and South America, where they have evolved to have specialised skin between their toes to make them excellent swimmers.
The species is classified by the International Union for the Conservation of Nature (IUCN) as near threatened due to a range of threats, including loss of habitat for farming, loss of prey species and contracting diseases from other canines and domestic dogs.
Chester Zoo is part of an ongoing conservation programme with the species in Misiones, Argentina, which aims to establish a biological corridor of habitat for a range of different carnivorous species.

Let there be light; a team of super bright galaxies in the early Universe