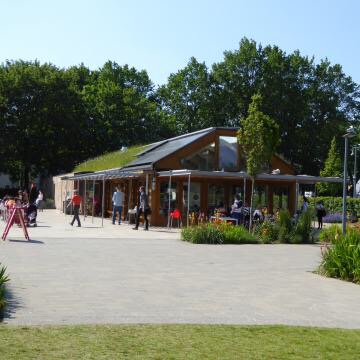 The BigLottery Fund Has announced it will invest a further £20million in England’s public parks and cemeteries, £10million a year until 2018.
Combined with HLF’s commitment of £20m per year under the Parks for People programme in England, this takes the total budget available to £30m per year for new projects.

HLF will also continue to make an additional £4m available for projects in Scotland, Wales and Northern Ireland.

This news extends the agreement between the Big Lottery Fund and HLF, which has seen a total of nearly £290m of National Lottery cash invested in reviving over 126 historic green spaces since 2006.

Parks for People provides grants of between £100,000 and £5million to restore and rejuvenate historic parks and cemeteries. Organisations can apply for funding for projects that repair heritage features, open new facilities and run volunteering and activity programmes, involving the community in the running of the park.

Peter Ainsworth, Chair of the Big Lottery Fund, said: “Green spaces are vital to the happiness and health of our communities, so we’re really pleased to be continuing our support for the Parks for People programme. In partnership with HLF we’ve invested almost £290m since 2006 in rejuvenating our parks to help make sure they can be enjoyed now and for years to come.”

The news comes a year after HLF pledged to continue investing in public parks after its report State of UK Public Parks 2014: Renaissance to Risk revealed that they are at serious risk of decline unless innovative new ways of funding and maintaining them are found. An update on this report is set to be published next summer.

Sir Peter Luff, Chair of HLF, said: “Parks are rightly among the UK’s most highly valued and well-used public spaces and inspire much local pride. There is increasing demand on National Lottery players’ money but I’m sure they will welcome the continuation of this productive partnership with the Big Lottery Fund. Our ‘Parks for People’ programme plays a major part in ensuring these precious green sanctuaries thrive. I hope even more communities across the UK will come forward to bid for a share of this funding.”

Applications for the next round of Parks for People funding are now open until 29 February 2016 and the first grants from this new investment will be awarded in June 2016.