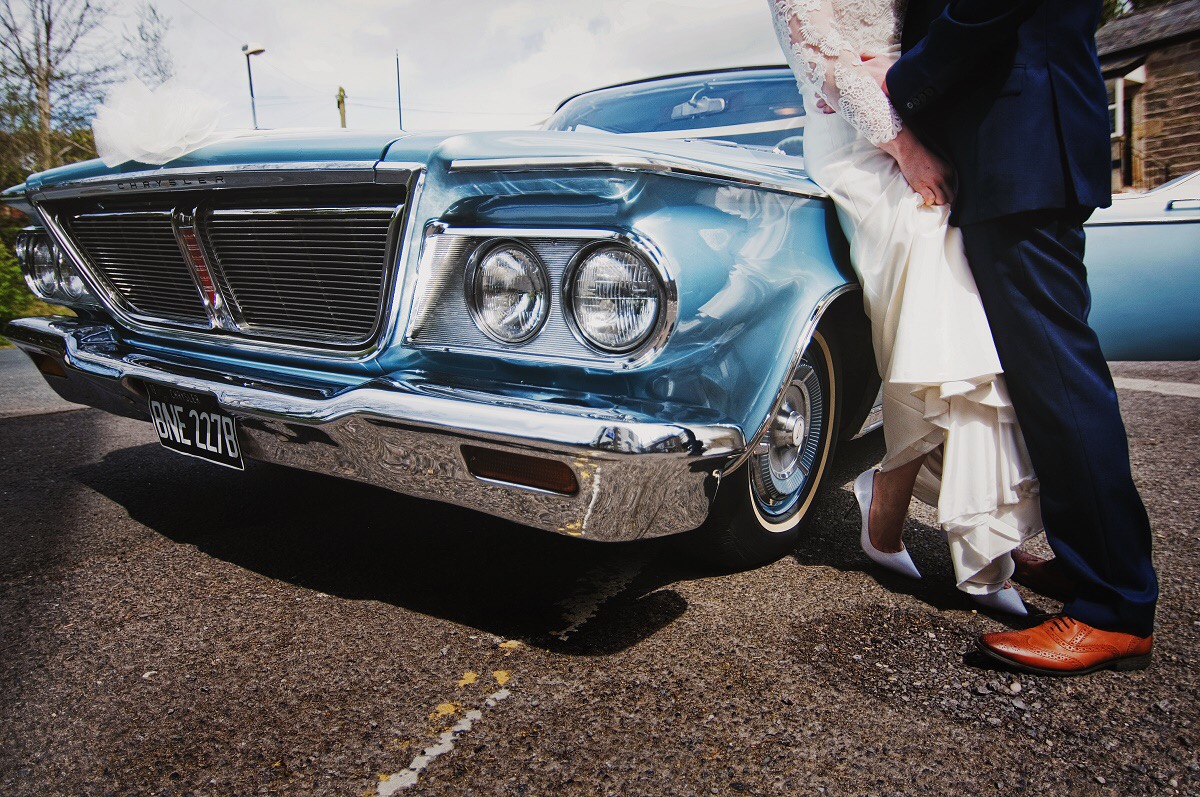 A restored Chrysler New Yorker will be the star from Blackburn Cathedral Flower Festival at this weekend’s Blackburn Heritage Festival.
The vehicle was originally discovered in a French farmyard in a dilapidated state still on its original UAS registration plates. The family of owners Lowri and Tony Cope, saw the potential in the vehicle and set about bringing it to the NorthWest and restoring it to its former glory.

Lowri, who is also one of the organisers of the Blackburn Cathedral Flower Festival, said, “The car was in such a sorry state when it was first found, but now it looks stunning and you can really imagine it driving along US boulevards in the 1960’s
“We even had to consult with the Chrysler Museum in America to establish the vehicle’s origin so that it could be correctly registered in the UK for its year of manufacture”
The car will be available to view at Blackburn Cathedral on Saturday 12th September 2015 as part of the publicity for the Blackburn Cathedral Flower Festival which takes place from 23rd to 26th June 2016. The New Yorker will feature a flowery wedding theme at the weekend.
Tickets will be on sale for the Flower Festival at a special advance price. Thousands of blooms will fill Blackburn Cathedral with spectacular contemporary installations during the 2016 Festival. The stunning light and open architecture will provide an ideal environment to showcase beautiful and imaginative floral displays designed by internationally renowned Bill Dixon, supported by Hans Haverkamp and interpreted by a team of experienced floral artists from across the Diocese and beyond.

Liverpool’s Albert Dock to get a facelift