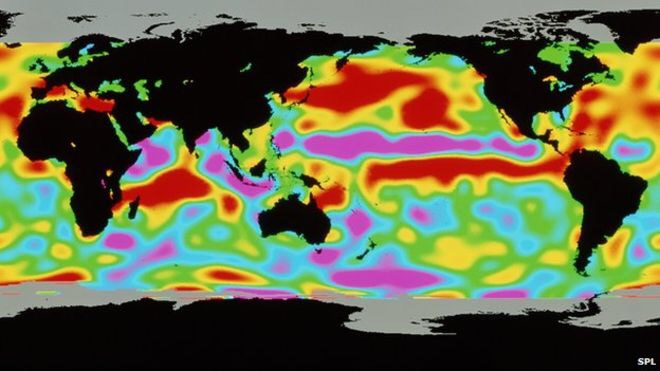 As The Australian Bureau of Meteorology say that the eastern Pacific is in the early stages of a “substantial” El Nino event, the first in five years, we could also see a harsh winter for the UK, as during the last El Nino in 2009/10, Britain suffered heavy snowfall.

The El Nino is a warming of the Pacific Ocean as part of a complex cycle linking atmosphere and ocean and the phenomenon is known to disrupt weather patterns around the world, bringing wetter winters to the southwest US and droughts to northern Australia.The consequences of El Nino are much less clear for Europe and the UK.

Dr Allen, senior research fellow in the School of Earth, Atmospheric & Environmental Sciences at The University of Manchester said: “They have been measuring the sea surface temperatures in the Pacific for the past few months and they have noticed some changes. Just to be clear though this is a projection of what they think will happen, it is not yet definite. Currently there is not a strong El Nino but what they are saying is that by September they are expecting it to be.
“If that is the case then are several patterns we can expect. The US and Australia could suffer severe draughts. It will be much wetter than usual in South America in the past it has caused quite severe flooding.

“The impact on European UK weather conditions is harder to judge. There has never been a proven link between El Nino and the weather in our part of the world. All we can do is look back in the records to see what has happened.  We are pretty sure it has an effect but it has been hard to prove.

“1997 was the last time we had a strong one, but there was also a weaker one in 2010. The weather in the winter of 2010 was extremely cold, in fact is was one of the coldest winters on record. And the summers the year after was much wetter than normal. But those are just correlations. And if El Nino doesn’t kick in till September as predicted then we won’t feel the impact this summer.”

Letters from Preston soldiers on the Front are the basis for new sonic art...