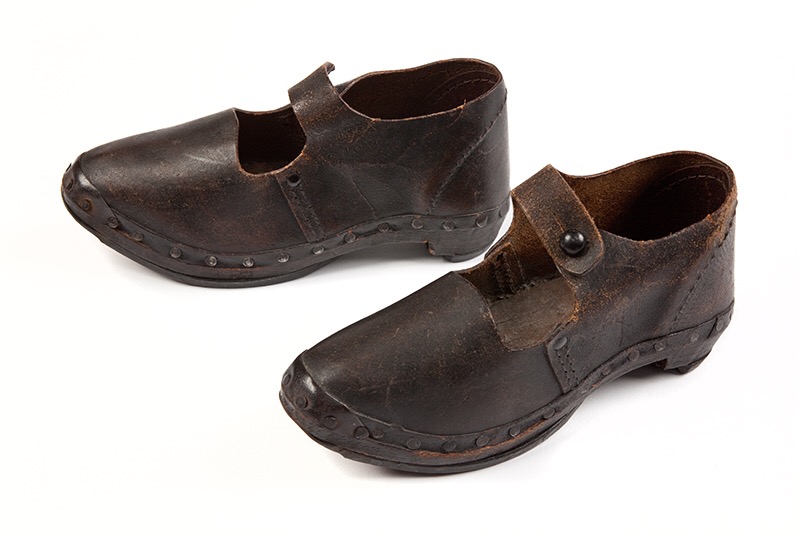 A pair of clogs, dating back to the nineteenth century and loaned to children that attended the Charter Street Ragged School in Manchester, have just been donated to the Museum of Science and Industry.

The Ragged School Movement in Salford and Manchester played an important role in Manchester’s history as an industrial city and is reflective of the social and working conditions of the poor in nineteenth century Manchester.  It is hugely exciting for the museum to take possession of such an important socially historic item, enabling it to expand its collection of materials relating to the city’s industrial workforce and its working conditions.

Betty Cross from Oxford who donated the shoes to the museum, wished to see them “come home to Manchester.”  Her husband, Frank Cross, set up voluntary work in Manchester working with various Christian charities and with Manchester City Mission in the 1960s. The Mission worked out of Charter Street Mission which had previously been the Charter Street Ragged School building and it was here that the abandoned clogs were discovered. They have sat by the family fireplace for the past 50 years. The clogs, branded with “stamped with CSRS loaned, not to be pawned” are a fantastic example of the living conditions of children in 19th century industrial Manchester.

The museum’s Head Curator, Meg McHugh, comments. “These clogs would have been loaned to children that attended Charter Street Ragged School if they did not have a pair of their own and so we feel really privileged to now have them in our collection so that we can represent the Ragged School movement in Salford and Manchester.”

The building that once housed Charter Street Ragged School still stands at the corner of Dantzic Street and Little Nelson Street in the city. An industrial school was opened here in 1847 and it became a Ragged School in 1861. Ragged schools were largely developed in the working-class districts of industrial cities with the intention of providing free education for destitute children. The name “ragged school” was used to describe the “raggedly clothes” worn by children that attended these institutions. At Charter Street School, children were taught practical skills such as carpentry and home-making alongside basic literacy and numeracy.

The clogs will go into the museum’s collection centre where they can be viewed on an appointment basis alongside many other eclectic objects in stored collection.