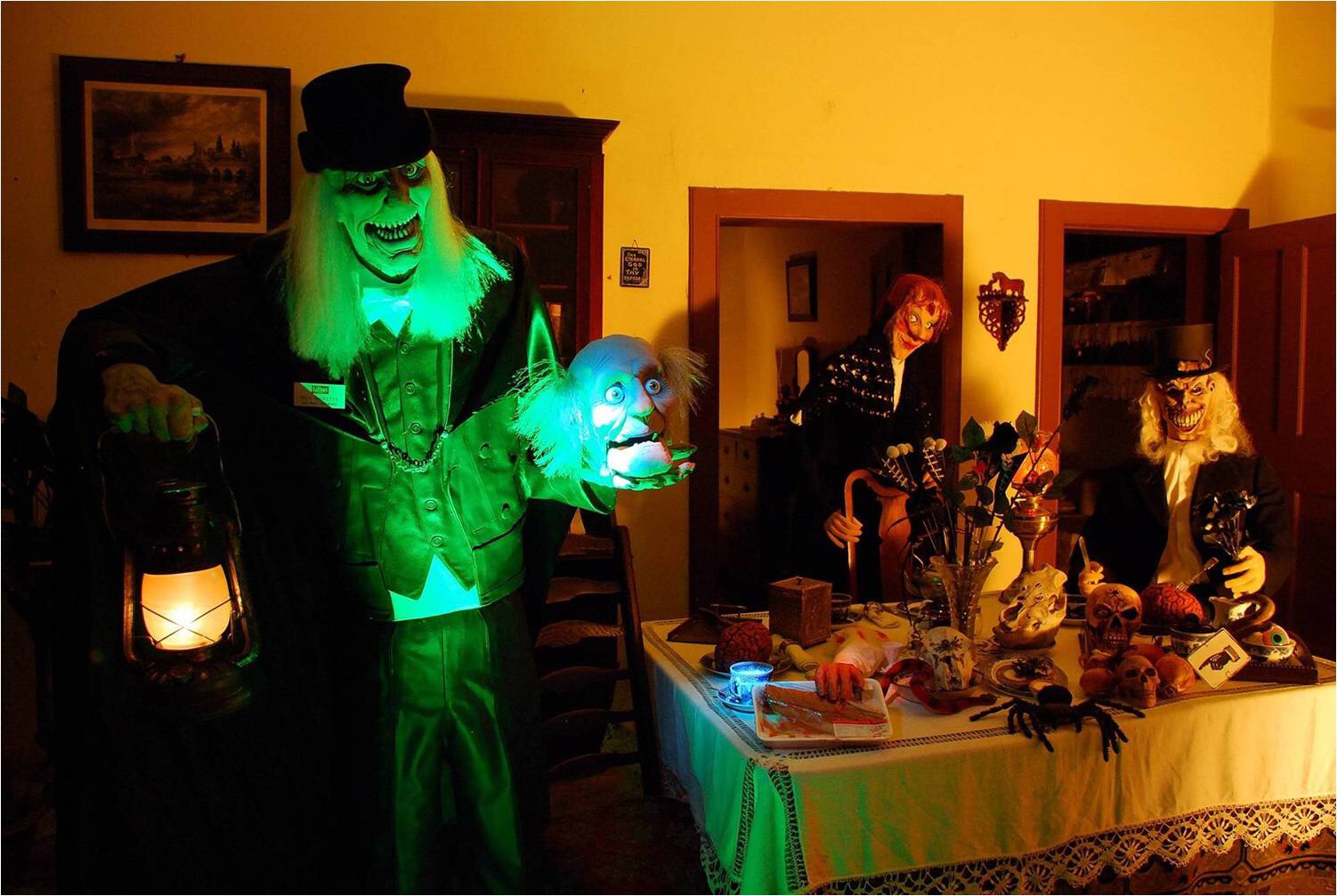 Only the brave (and foolish?) decide to pluck up the courage and venture in to the Old Hall at Tatton Park during October half term when it’s at its most haunted.
Even paranormal investigator Yvette Fielding revealed “if someone offered me a million pounds to sleep there the night – no way, no way!” commenting that the Old Hall is the best spot in Britain to experience ghostly goings on (www.radiotimes.com, Aug 13th 2014).

So, this October half term, see if you can persuade friends and family to find out for yourself why Ms Fielding says that “it’s everything you actually imagine horror nightmares to be!”

The team at Tatton are also hoping that one or more of the Old Hall’s resident ghosts will make an appearance as they approach Hallowe’en. Over the past few years over a dozen have been encountered at the Old Hall. It is widely believed that a former estate worker from the 1800s haunts the building’s Victorian parlour.

Another spectral squatter has been ‘seen’ cleaning his gun with a faithful dog at his feet. In the Great Hall several people have felt their hair being tugged and a cord or ribbon slowly tightening around their necks. Footsteps are frequently heard on the upstairs corridor and a number of paranormal groups have reported the presence of mischievous children. Several mediums have mentioned a matriarchal figure that looks after the Old Hall.

The Old Hall has received a 5 spook rating in the AA guide to ‘Haunted Britain’ and the venue has also appeared in frightening and gruesome productions including Living TV’s Most Haunted and ITV 3’s Ladykillers.

It’s also the location of choice for fans of the paranormal who spend long dark nights looking for signs of out of the ordinary activity in this ancient tudor manor house.

Staff at Tatton have experienced other ghostly happenings during their working days (and nights!). The Stables Restaurant bakers refer to the distant sound of horses’ hooves on the Stableyard cobbles early in the morning. A lady in white has been seen more than once on the mansion staircase hall by staff and visitors. The faint smell of cigarette smoke has been noted a number of times near the Lemon bedroom used by Lady Anna Egerton who is known to have smoked.

Enough inferred! Come along and witness something frightening for yourselves during Half Term Hauntings from Saturday, October 24 to Saturday, October 31 when you can meet our spirits and spectres. Some will scare, some won’t. Some are real, many aren’t – or can you tell? Some are friendly (but not that many!)

Old Hall co-ordinator Mick Ricketts said “Even if the Old Hall isn’t genuinely haunted it looks and feels that it should be. Five hundred years of history has left its mark and no doubt countless ghost stories have been told in that time. People of a nervous disposition, and that includes me, should be aware that the hall is very scary but fun. After all it also has a tradition of over fifteen years of horrible hallowe’en hauntings to uphold as well. So, our guests need to gather enough courage to step into the candle lit but foreboding great hall and begin a journey of frightful laughter.”

During October half term the farm, mansion and gardens will be joining in the fun with plenty of additional activity for a full thrilling and action packed day out including ghost hunting in the gardens, solving the mansion mystery and conker fun at the farm. Families can enjoy a discounted Totally Tatton ticket which allows entry to 3 of these attractions (haunted old hall, mansion, gardens and farm) for just £27.50 (adult price £11, child price £5.50). Car entry £5.