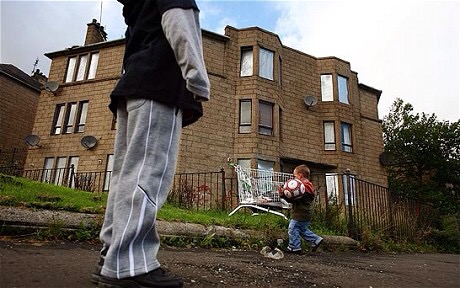 Nearly forty per cent of children in the city of Manchester live in poverty while twenty two per cent of households in Greater Manchester claimed housing benefit compared with nineteen per cent in England as a whole.

The Greater Manchester Poverty monitor brings together data from eighteen different sources for the first time, to paint a picture of life for residents.

The work finds that, on a number of key indicators, the city region lags behind both the North West and England.

The evidence also questions traditional beliefs that a job is the quickest route out of poverty, with data showing that in-work poverty is a major problem in parts of the region and efforts to boost economic growth are not being felt evenly across the ten Greater Manchester local authorities.

The figures also show that nine per cent of the city region’s economically active were unemployed, three per cent higher than in 2007 while of the ten Greater Manchester authorities, Oldham (18.1%) and Rochdale (18%) had the highest share of working households on low income in 2012.

Even as the economy started to pick up nationally during 2013, three local authorities, Wigan, Salford and Bolton, saw unemployment rise.

Neil McInroy, chair of the GMPAG said: “Poverty is a scourge and this new monitor and accompanying research tells us it’s not going away. Indeed in some aspects it is getting worse. Some of this is down to central government cuts, but all of us across the public, private and social sectors in Greater Manchester can do more.

“Local leaders must make sure that economic growth and job creation are specifically designed to help those living in poverty in the region. We know that the link between economic growth and rising living standards is broken, so we need to do more than just create economic growth for its own sake. We’d like to see a greater emphasis on poverty across Greater Manchester, with the Combined Authority upping the ante on poverty and challenging central government for more powers and resources to tackle it.”

Letter from Manchester A round up of the week’s news.