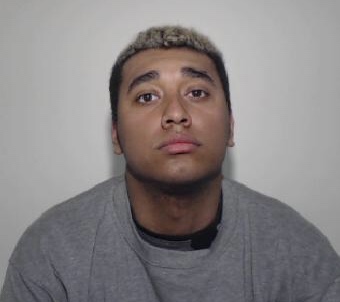 A man who used social media apps to sexually abuse teenagers has been jailed.

He will also have to sign the sex offenders’ register and be subject to a sexual harm prevention order for life.

In April 2016, Groom, pretending to be 17-years-old,used a social media app to make contact with a girl who was under the age of 16 at the time.

Despite the girl telling Groom her age before ignoring him a short time afterwards, he continued to message her. Disgruntled at the lack of replies, Groom started to threaten the girl, becoming intimidating and abusive in his messages.

After days of the abuse, the teenager disclosed what had happened to her mother, who contacted police. Officers launched an immediate investigation and Groom was arrested days later.

The investigation identified a further six victims, who were also abused by Groom between August 2015 and March 2016.

Detectives found text messages which showed that between November 2014 and September 2015, Groom engaged in sexual conversations with another victim- a girl in her early teens. He made arrangements to meet her, even offering to pay for her train fare and asked her to send him indecent images. The court heard how on one occasion Groom met the victim to engage in sexual activity.

Another victim was also identified by detectives investigating Groom. A second girl, also in her early teens, told police how Groom used a social media app to strike up conversation with her. He pressured the teenager into inciting in sexual activity and manipulated her into sending indecent images. When the victim tried to ignore Groom, he threatened her and sent her a barrage of abuse messages.

The court also heard how between February and March 2016, Groom again used a social media app to abuse another victim- who was also under the age of 16.

Detective Constable Crystal-Dee Soutter, of GMP’s Sunrise Team in Rochdale, said: “Groom will have to face time behind bars, reflecting on his deeply manipulative and quite frankly abhorrent actions.

“My thoughts today are very much with the victims and I would like to take this opportunity to commend their bravery and courage. In coming forward, they have helped to get a perverted man off our streets.

“Thankfully, after the first victim made a disclosure, we were able to swiftly arrested Groom, which I hope demonstrates just how seriously we take reports of this nature and also how committed we are to bringing predators like him to justice.

“This case highlights the dangers modern-day social networking sites can pose and we are encouraging parents to have open conversations with their children about these risks and how to keep safe online. However, if anyone takes one thing from this story, please let it be that there is help and support out there and people who will listen.”

24 year stabbed several times after being chased thru the streets of Ramsbottom by...

CAN YOU HELP? Police want to speak to this man about a racial assualt...