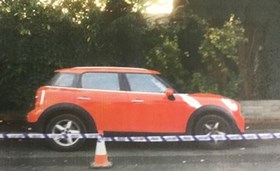 Officers investigating the murder of Leanne McKie are appealing for information from the public.

Leanne, 39, was a dedicated mother of three young children and a serving officer at Greater Manchester Police. She was found dead in the early hours of Friday 29 September in a lake at Poynton Park, off London Road North in Poynton, Cheshire. 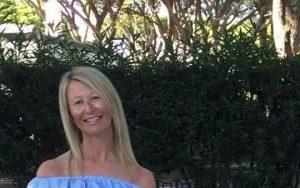 Detective Inspector Adam Waller from Cheshire Police said: “This is an ongoing investigation and we are working hard to establish the full circumstances surrounding the incident.

“As part of our ongoing enquiries I’m appealing for information from the public to help establish Leanne’s movements in the hours leading up to her death.

“I’m keen to hear from anyone who believes that that may have seen Leanne’s red Mini, registration number DA12 DFO, during the afternoon of Thursday 28 September 2017 into the early hours of Friday 29th September 2017.

“I’d like to hear from anyone with any information, and particularly anyone with any dashcam footage, that may have been driving along or in the immediate vicinity of the A523 between Poynton and Poynton Park or along the A5149, Chester Road, toward Wilmslow between the hours of 11.30pm on Thursday 28 September and 3.30am on Friday 29 September 2017.

“I’d also urge anyone who was in the area around Poynton Park during this time period and believe that they may have witnessed anything suspicious or unusual, no matter how small, to get in touch.”

Anyone with any information which could assist the investigation is asked to contact Cheshire Police on 101 quoting 93 of 29/9/2017.  Information can also be reported anonymously, via Crimestoppers, on 0800 555 111.

Members of the public with any dashcam or video footage is asked to upload the footage to the Cheshire Police website via the following link and reference incident 93 of 29/09/17- https://cheshire.police.uk/advice-and-support/roads-and-vehicle-safety/submit-dashcam-footage/.

A 43-year-old man arrested in relation to the incident remains in police custody at the current time; he is assisting officers with their enquiries.

Heroin gang courier arrested at Birch services on his way back to Scotland is...