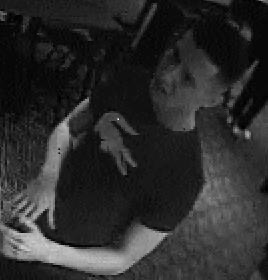 Police have released an image of a man they would like to speak to in connection with a violent disorder in Romiley, Stockport.

The violent disorder occurred at around midnight on Saturday 6 April 2019 at The Romiley Arms in Romiley.

Over a dozen people took part in a large scale fight where three bystanders were assaulted including one man who suffered a severe head injury.

Three men aged in their late teens to early 20s were arrested at the time of the incident and have since been released under investigation.

Detective Sergeant Matt Tarr of GMP’s Stockport CID said: “This was a brutal incident where several members of the public were assaulted during a large scale fight. Thankfully the man that suffered a serious head injury during the attack has made a full recovery but police are still working strenuously to find the perpetrators of this assault.

“I understand that this incident happened over ten months ago but our officers have been following every possible line of enquiry. As a result, we have been able to release this image in the hope of talking to the man in this photograph.

“If you recognise this man or were in Romiley Arms at the time of the incident and saw anything unusual or suspicious that that could help with our investigations please contact police.”