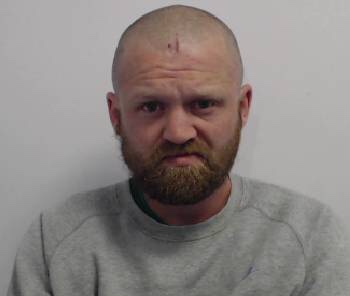 Specialist bomb disposal officers attended Partington’s house in May of this year as a precaution and a scene was in place for some time while officers searched his house. They found numerous documents and manuals detailing how to make explosives and the impact explosions have.

Thousands of images were found of guns, knives and stills of what look to be hostage-type situations, as well as graphic videos of beheadings and torture.

In police interview, Partington denied he was a terrorist and repeatedly passed the blame onto others, sometimes saying he came across documents by accident, other times saying that he read them because ‘he was bored’.

But, once the case got to court, he soon pleaded guilty to terrorism offences.

Speaking after the case, Head of Investigations Detective Superintendent Will Chatterton, of Counter Terrorism Policing for the North West, said: “While trying to convince us that he was not involved in terrorism of any kind and it just so happened the documents appeared on his phone, through no fault of his own, the case against him was building stronger and stronger as we rifled through thousands of pages of extremist manuals.

“Professing himself as a run-of-the-mill Salford man, Partington is a prime example that we are committed to targeting anyone who could pose a risk to the safety of our country, in whatever form of extremism they are involved in.”