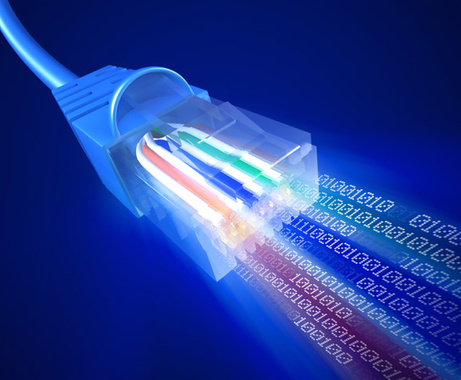 Broadband customers who stay with the same provider and don’t haggle for a better deal are being hit with loyalty penalties of up to £220 a year on average, according to new Which? analysis.

The new research reveals that being a BT customer could involve a bigger loyalty premium than any of the other seven major broadband providers Which? looked at – £220.

The consumer champion asked how much people paid for their broadband, whether they had haggled for a new deal in the past 12 months and if so, how much they saved. It then looked at how this compares to the current cost of standard and superfast deals on the market.

Broadband providers advertise cheap introductory deals to entice new customers, who often won’t switch away at the end of the contract (usually the first 18 to 24 months) even if they have been subject to a substantial price hike.

72 per cent of the broadband customers Which? surveyed had been with their provider for more than two years.

The average annual broadband bill paid by a loyal BT customer according to the Which? survey is £540 a year, compared to £372 for customers who haggled.

But while those who were willing to negotiate a better deal managed a saving, new customers still almost always had the upper hand on the cheapest broadband deals available.

When Which? analysed current deals on the market, it found that new customers who take up a contract for standard broadband with BT now will pay just under £320 a year until their contract is up – usually at least 18 months.

If that customer is looking to sign up to a superfast connection, the cheapest fibre deal with BT works out at just under £380 a year – still £160 less than the average cost of a connection for a long time customer.

Virgin Media had the second largest loyalty premium, with a £191 difference between its cheapest current deal and the average yearly cost for loyal customers.

Like BT, the average amount that a long time Virgin customer was paying was, according to the survey, £540.

The survey also revealed that Virgin Media customers who took the time to negotiate a better deal with their provider paid an average £384 a year – a saving of £156.

Earlier this year Which? revealed that Virgin Media customers were the most likely to have had a problem with their service – with price increases the most common complaint.

When Which? looked at TalkTalk it found that new customers (just under £240) paid about £85 less than loyal customers (£324) but those who haggled could still save a few pounds a year (£318).

Plusnet also followed the same trend although its prices were generally much lower. Loyal Plusnet customers were paying an average £300 a year, while customers who haggled were paying £48 less on average, at £252.

But the current cost of a new standalone broadband deal with Plusnet is lower still at £18.99 a month, or around £232 annually.

The only provider to offer its best tariffs to loyal customers was Utility Warehouse, where a new customer signing up for the firm’s cheapest deal would be paying just over £25 more a year.

Ofcom has previously noted that, as of May 2018, 93% of UK premises had access to superfast broadband services but that take-up was still low.

The regulator is due to publish its annual Connected Nations report this month which will have the latest information around access to superfast broadband as well as the current rate of uptake.

“Broadband customers will be appalled that not only could they be paying through the nose simply for being loyal to their provider but that they could, in some cases, also get a much faster internet connection for a fraction of the price that they are currently paying.

“If you are willing to negotiate and happy with your current service, haggling might get you a good discount, but researching the deals available and switching is the best way to ensure you’re on a good value tariff.”