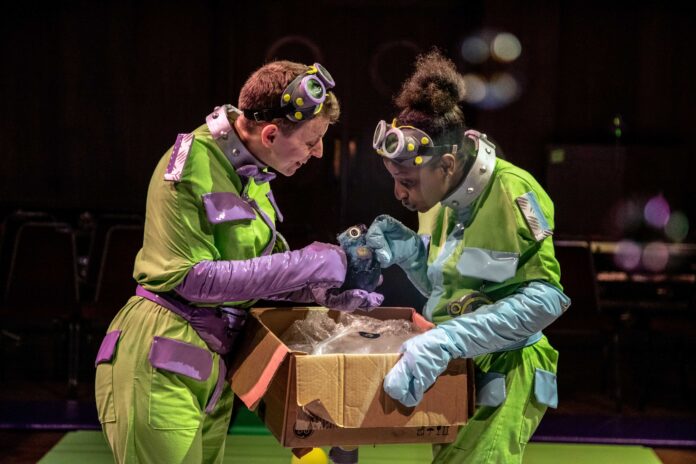 A lockdown smash hit that turned hundreds of girls on to science and technology has been totally reengineered for a theatre audience and is coming to Manchester on Saturday 26 February.

Curious Investigators was created as a Zoom performance during the first 2020 lockdown, and has since been enjoyed by over a thousand children all over the world.

Research carried out by One Tenth Human, the award-winning theatre company behind the show, found that prior to experiencing Curious Investigators, 66% of the children answered ‘no’ when asked whether they would like to become engineers. Afterwards, 96% said either ‘yes’ or ‘maybe’, with girls even more likely to feel positively than boys.

When primary aged children were asked to draw pictures of engineers at work after watching the production, many produced sketches of people wearing skirts and dresses, with typically female hairstyles.

The touring show has now been entirely rewritten for a live theatre audience. Featuring two new colourful characters and a puppet bird, it still delivers the same engineering challenges that fascinated children online.

In the new feelgood production, which is aimed at children aged 3-7, two female scientists, Scribble and Clipboard, are working in a very unusual recycling plant when they find an egg containing an unborn chick. The pair ask the audience to help them protect the egg from smashing, using children’s creative engineering ideas to save the tiny bird.

It was put together in collaboration with engineering experts Dr Irene Wise and Dr Jenny Roberts from Lancaster University.

The show’s producer Rafia Hussain, who herself has a background in biomedical science, said the company strives to ‘explode myth and expectation’ when it comes to science and engineering. Using imagination and fun, they aim to make entertaining live events for theatres and festivals that encourage families to think, play, explore, and have fun.

“Many children from lots of different backgrounds, and especially girls, reach adulthood believing these subjects are not for ‘people like them’.

“One Tenth Human is on a mission to empower children with better stories about their own potential. We believe that theatre can break down barriers to accessing STEM education and careers”.

“It’s so delightful to see how much fun children and their parents are having together. One child told us it was the greatest show they’d ever seen – you don’t get much better compliments than that!”

At a higher education level, only 19% of current computer science and engineering students are female. According to the group STEM Women, there has been a small increase each year since 2015. 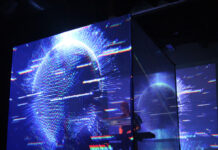