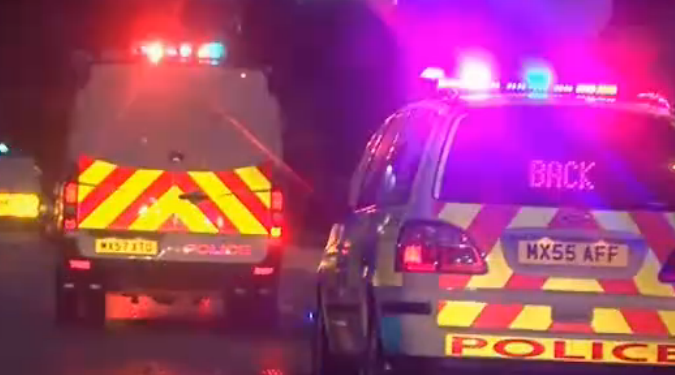 Police are appealing for witnesses after a truck drove at pedestrians in Manchester city centre late last night.

The red truck was seen deliberately driving into pedestrians on Well Street in the city centre.

Officers were quickly on the scene and established that although this was believed to be a targeted attack, it was deemed not to be a terror attack. A man was struck by the truck but made off from the scene in a BMW before police arrived. He was later found, however did not have any serious injuries.

The truck chased the man in the BMW for a short time and the window of the car was smashed.

Chief Inspector Gareth Parkin from the City of Manchester team: “When this call first came in we were obviously concerned but we quickly established that this was not terror related. Thankfully there were no serious injuries, we could have been dealing with a much more serious situation. We are appealing for witnesses to help us identify the driver of the truck. This was the city centre and there were lots of people in the area who would have witnessed the commotion.”

Anyone with any information is asked to contact police on 101 quoting the reference number 2337 of 23/07/17 or alternatively contact Crimestoppers anonymously on 0800 555 111.