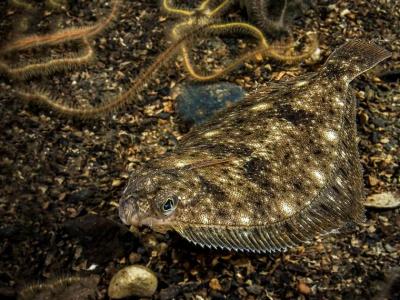 As the UK prepares to leave the EU and fisheries talks get underway to try to secure us a bigger share of the fish post Brexit, the Marine Conservation Society says now is the time to swap the traditional UK top five favourite fish for new choices.

Instead of the traditional, cod, haddock, salmon, prawns and tuna the Society wants us to try  dab, hake, herring, mussels and mackerel.

MCS says that there are some very good reasons for going local aside from complicated economics: lower food miles and carbon footprint; fresh fish can be tastier and better quality; good for the local economy; more choices; better traceability so you get what you pay for.

“We are currently exporting around 75% of fish caught and landed in the UK, but we’re the ninth largest importer of fish in the world with around 70% of the seafood value entering the UK fish supply chain coming from overseas. By choosing more sustainable sources and keeping it local it will help reduce wasting wild caught fish that are discarded dead because they have less value,” says Bernadette Clarke.

At the other end of the scale is the red rated, Fish to Avoid list. Fisheries moving onto the red list include ones for red mullet, nursehound, cuckoo, spotted and roker ray species, wild seabass from Biscay and Atlantic bigeye.

Improving and off the red list are undulate ray from the English Channel; albacore from the Mediterranean and bigeye from western central Pacific Ocean.  Non-movers on the red list are wild seabass; skate; shark; spurdog and wild Atlantic salmon.