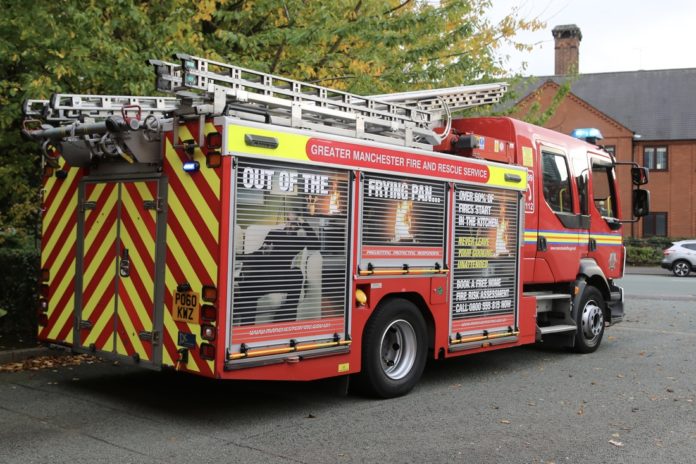 Witnesses reported seeing two men attempting to break into a property on Goldenhill Avenue before pouring an accelerant inside and setting the kitchen on fire. They then fled the scene.

Two officers from GMP’s City of Manchester Division swiftly responded and upon arrival were told that two women, aged 88 and 91, were inside the property.

Knowing they needed to act fast before the fire spread, the officers managed to gain entry to the house and extinguish the fire in the kitchen before leading the two women to safety.

The women were taken to hospital to be treated for smoke inhalation but are expected to be discharged later today.

A 46-year-old man has been arrested on suspicion of arson with intent to endanger life and remains in custody for questioning.

Chief Inspector Denise Pye, of GMP’s City of Manchester Division, said: “Earlier today we received a report of arson at a property in Clayton and on arrival two of our officers forced entry after being told that two elderly women were inside. The officers led them to safety and the women were taken to hospital to be treated for smoke inhalation.

“Thanks to their heroic actions, the two women are expected to be discharged from hospital later today and will hopefully make a full recovery.

“However had these officers not responded so swiftly and reacted the way they did, this could have been much worse.

“I want to appeal to anyone who may have information about the incident or those responsible to please contact police.”