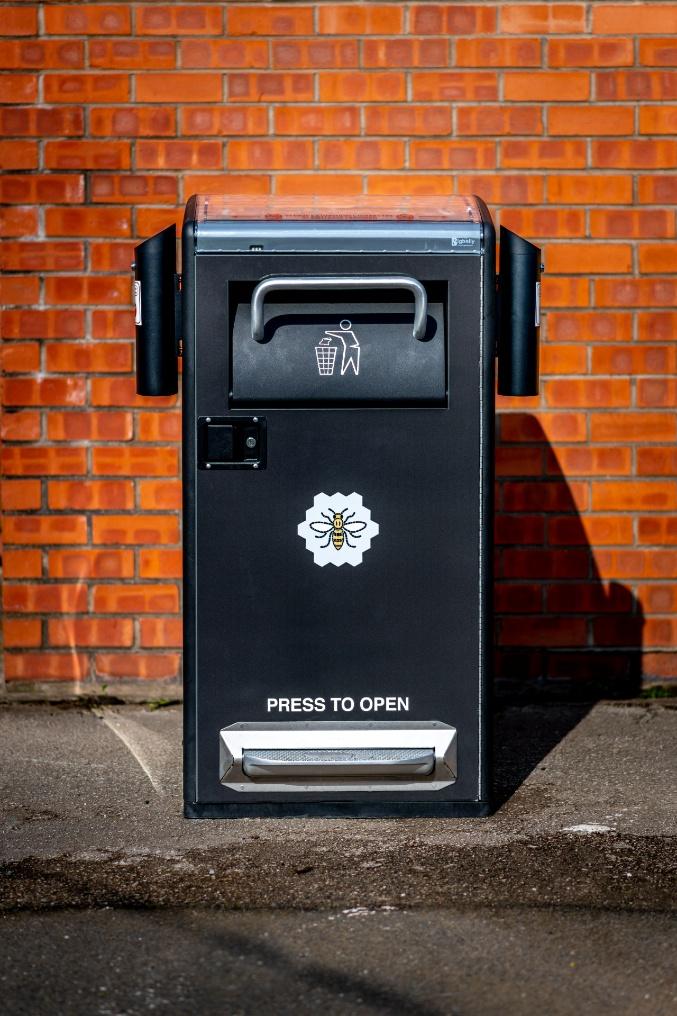 51 new BigBelly smart bins are being installed in some of Manchester city centre’s busiest areas, in a new £250,000 investment to improve street cleanliness.

Installation of the bins – which can contain up to eight times as much rubbish as a standard litter bin – is due to start on Wednesday 28 August and to be completed in September.

The solar-powered compactor contained in each bin allows much more waste to be collected before the bin has to be emptied.  The litter is contained out of sight, meaning that it is not visible to the public, or attractive to pests.

The bins are also ‘smart’.  They provide alerts to the city council’s street cleaning team, letting staff know that they need to be emptied and reducing the risk of overflowing.

A trial of ten BigBelly bins carried out in 2018 demonstrated a 90 per cent reduction in the amount of time staff had to spend checking and emptying bins – allowing them to spend much more time on other important street cleaning tasks.

In partnership with Keep Britain Tidy, Manchester City Council is carrying out the Keep Manchester Tidy campaign, with the goal of making Manchester the country’s first ‘Tidy City’ by 2020.

Report into child sexual exploitation in Oldham is delayed-again