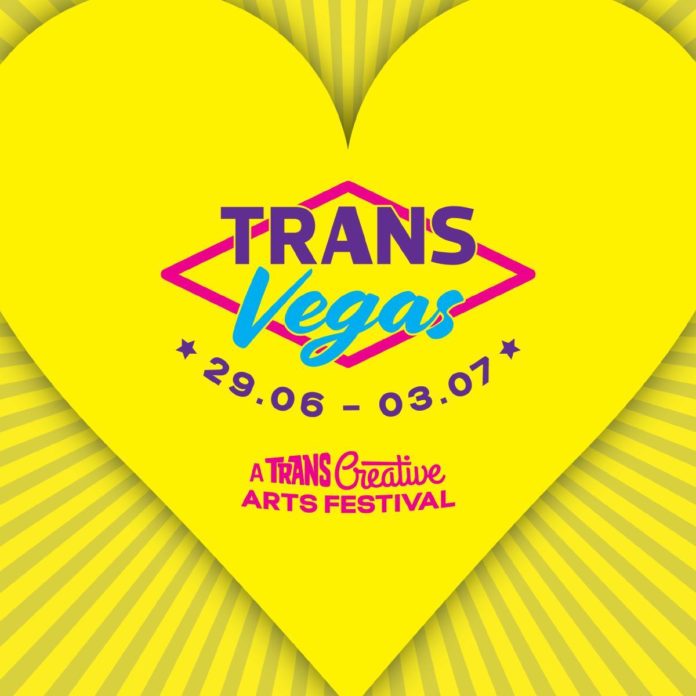 The festival is curated by Artistic Director of Trans Creative, Kate O’Donnell, herself an international performer, writer and curator.

Kate established Trans Creative two years ago to raise trans visibility and fight transphobia through arts and education. Kate was recently seen across Manchester as part of the ‘Strong Women’ campaign, and is well known in the city for her own work in theatre and her groundbreaking role in ‘Twelfth Night’ at Royal Exchange Theatre.

Trans Vegas 2019 offers a programme of ground-breaking transgender art, performance and conversation in the finest venues across Manchester. The festival is entirely delivered by members of the trans community, and the world-class work has something on offer for audiences from every walk of life.

“We wanted to hear twice as many trans voices at this year’s festival, we want to hear them roar and raise everyone’s trans spirits. Brace yourself Manchester, Trans Vegas is coming!”

“We’re pleased to once again be supporting Transvegas and helping to introduce LGBT+ people across Greater Manchester to this innovative and compelling festival. It takes place over the weekend of the 50th anniversary of the Stonewall Rebellion and what better way to mark how far we have come than with this exciting programme which is packed full of talented Trans voices.”

Trans Vegas takes place from 29 June–3 July, coinciding with the 50th anniversary of the Stonewall Rebellion, in which transgender and gender non-conforming people played a crucial role in resisting police violence and discrimination. Trans Vegas itself picks up this torch by supporting the most marginalised members of the trans community to tell their own stories.

At Happy Hatt – art gallery you can travel around the world