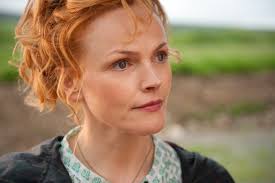 Greater Manchester’s Maxine Peake will star as girlfriend and business partner Sadie as, Iranian-American filmmaker Desiree Akhavan directs and stars in The Bisexual, a painfully funny comedy series that explores the differences between dating men and women from the perspective of a person who finds herself doing both coming to Channel Four

The six part comedy-drama for Channel 4 explores the comedic, awkward, nuances of sex, relationships and identity and is penned by Akhavan and co-writer Cecilia Frugiuele, creators of the acclaimed Appropriate Behavior and Grand Jury Prize-winning The Miseducation of Cameron Post .

New Yorker Leila (Akhavan) is feeling lost in London having just left a ten year relationship with girlfriend and business partner Sadie (Peake). Moving out of their beautiful, shared apartment, Leila ends up renting a room from neurotic novelist Gabe , a man living in constant fear of missing out and dwarfed by the success of his debut novel which came out 13 years ago and has long been forgotten.

Leila finds an unlikely wingman in the form of Gabe. He helps her navigate a new life dating men and women – and Leila, in return, introduces wide-eyed Gabe to the queer scene whilst doing her best to help him decipher his unreadable, sort-of-girlfriend Francisca .

As Leila comes to lean more and more on Gabe she finds herself struggling to come out as bisexual to her gay friends, most importantly her best mate Deniz (Chana).
Meanwhile Sadie and Leila’s relationship hangs in the balance, inexorably linked both professionally and personally. As Sadie makes some big decisions of her own, both begin to question whether it’s a break, or a break-up…

Taking a candid look at the way people have sex and what that sex reveals about their prejudices however “woke” they think they are, The Bisexual is a raw, funny and unapologetic take on the “last taboo” – bisexuality – and the prejudices, shame and comic misconceptions that surround it.

Desiree Akhavan says; “I’m insanely lucky to be working with Hootenanny, Channel 4, Hulu and an incredible cast. This team couldn’t be more intelligent, generous and talented.”

Maxine Peake says: “I’m thrilled? Or am I excited? Maybe I’m both but at the least very happy to be part of The Bisexual. Desiree is a really fresh, original and exciting voice and dead cool to boot. It’s fun, heart-breaking and thought-provoking and I get to ride a scooter, what’s not to like.”