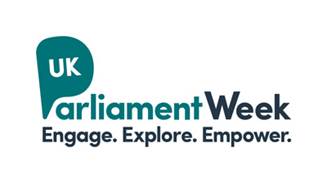 The Working Class Movement Library and the People’s History Museum are working together to acquire material related to the fight for the vote, from the Peterloo protest in 1819 to suffragette struggles and then to lowering the voting age in 1969.

Following on from last year’s very popular edit-a-thon we are again seeking your help to share knowledge of these significant moments in British history, and invite you to come and spend a day researching and editing Wikipedia, the free online encyclopaedia. Experts will be on hand to show you the ropes, and staff from both venues will help decipher source material.

The event, which is part of UK Parliament Week 2017, takes place at Salford’s Working Class Movement Library on Sunday 19 November 2017 from 10am to 4pm – just bring a laptop and a packed lunch, and we’ll provide the coffee… It’s suitable for adults and young people, particularly for those with experience of editing Wikipedia or knowledge of British political history.

The event is being run in conjunction with Manchester Girl Geeks and in partnership with Wikimedia UK. John Lubbock, communications coordinator for Wikimedia UK, said: ‘Wikipedia is only as good as the people who are writing it, and for that reason we spend a lot of effort to engage groups of people who may not have traditionally considered contributing to the Web site. It is estimated that somewhere between 80 and 90% of the editors of English Wikipedia are men, and most of these would be European or North American. For this reason, you get a lot of content on Wikipedia which appeals to slightly geeky niche interests, but far less coverage of the lives of important historical women or the culture of ethnic minority communities. We aim to turn knowledge consumers into producers and authors of a new, engaged culture of knowledge production. So why not join in and help us realise this ambitious vision?’.

Manchester Girl Geeks is a not-for-profit group which organises networking events, talks and hands-on workshops for women and girls with an interest in Science, Technology, Engineering and Mathematics.

The event, which is supported by the Heritage Lottery Fund as part of the Library/Museum’s joint Collecting Cultures project, is free but advance booking is required via Eventbrite – https://votingforchangeeditathon.eventbrite.co.uk.