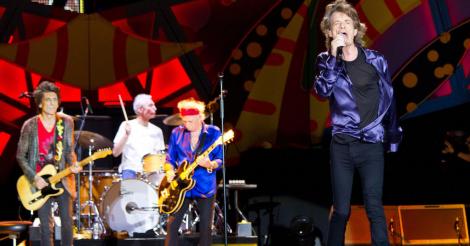 The Rolling Stones are hitting the road again and will be coming to Manchester as part of five shows across the country this summer.

The band who started touring fifty six years ago will kick off at West Ham’s London Stadium on May 22, followed by a concert at Old Trafford on June 5.

From there, they move on to Scotland and Edinburgh’s BT Murrayfield Stadium on June 9 before visiting Wales to play the Principality Stad­ium, Cardiff, on June 15. The Stones’ final UK date is at Twickenham on June 19, although they will also perform in Dublin, Germany, France, Poland and the Czech Republic.

“This part of the No Filter tour is really special for the Stones. We are looking forward to getting back on stage and playing to fans in the UK and Ireland.“Its always exhilarating going to cities we haven’t played for quite a while — and also some new venues for us like Old Trafford and The London Stadium.’’

Tickets go on sale this Friday

Futureheads heading to Manchester in December

The Salford Bard is touring next year