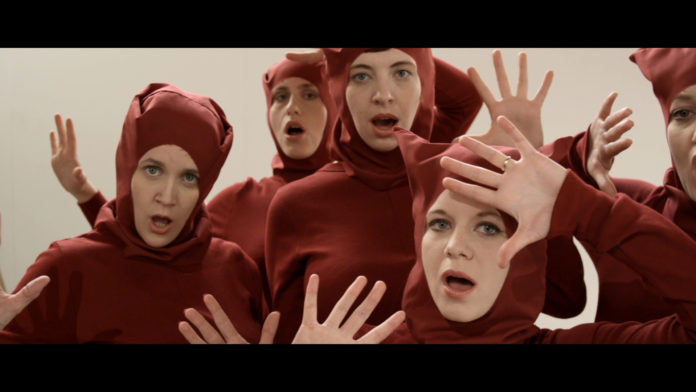 The exhibition presents a selection of projects developed over the last ten years in which the artists explore the performative potential of the archive by reanimating copyright-expired archive material.

Eileen Simpson and Ben White were both born in Manchester, 1977 and now living and work in London and Manchester. Simpson and White work at the intersection of art, music and information networks, seeking to challenge default mechanisms for the authorship, ownership and distribution of art. Their ongoing project Open Music Archive is an initiative to source, digitise and distribute out-of-copyright sound recordings, and is a vehicle for collaborative projects exploring the material’s potential for reuse.

The survey exhibition at Castlefield Gallery coincides with the premiere of Everything I Have Is Yours, an ambitious film and sound work by Eileen Simpson and Ben White (Open Music Archive) that looks back to the first decade of the UK pop charts (1952-62). It has been commissioned by Film and Video Umbrella, Contemporary Art Society, University of Salford Art Collection and Castlefield Gallery and presented at Salford Museum and Art Gallery from 4 July – 3 November 2019. An edition of the film will enter the University of Salford Art Collection.

Working with a group of older musicians – many of whom are the ‘original teenagers’ of the Greater Manchester music scene, now in their 70s and 80s – the film focuses on this diverse group as they re-engage with public-domain samples from the formative era of the ‘birth of pop’, and incorporate these timeless sounds into new musical creations.

When the musicians play, they individually and collectively interact with digital technology, recalling archive sounds ripped from 1950s and early 1960s shellac and vinyl chart hits. Copyright-controlled elements of the original records are separated out and copyright-expired samples are released through an algorithmic process to enable collective use for the project and for future sharing.