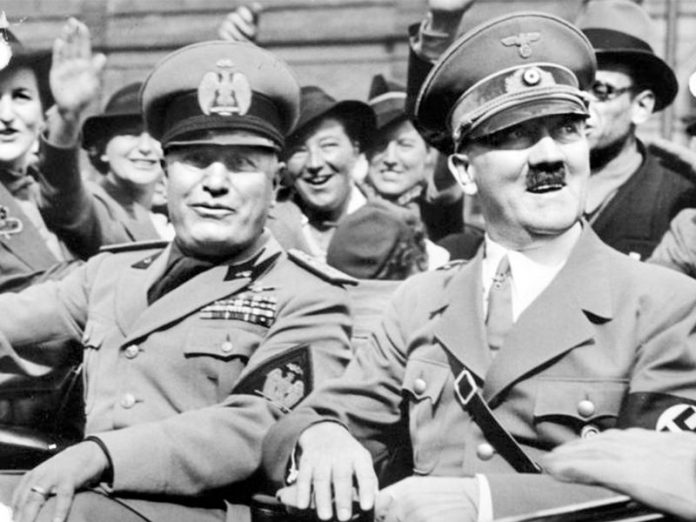 A new book by a historian from The University of Manchester has examined the relationship between Hitler and Mussolini in detail for the first time, and explores how the leaders of the most powerful fascist regimes in history entered into a fateful alliance.

Christian Goeschel is a Senior Lecturer in Modern European History, and a leading expert on modern German and Italian history. He has written the book to examine the influence of Italian fascism on Nazism, and to question how the bond between the two leaders affected the course of European history in the 1930s and 1940s.

In particular, he sets out how propaganda constructed the image of a powerful alliance known as the Pact of Steel – but this overshadowed ongoing tensions behind the scenes.

Based on a mixture of published and previously unpublished Italian and German sources, the book is the result of eight years of research in libraries and archives in the UK, Germany, Italy and Australia. Christian used many unpublished sources including documents which other historians would deem irrelevant such as seating charts, unpublished photographs and police reports.

“The full history of Mussolini and Hitler has never been told before in a serious way,” said Christian. “Mussolini and Hitler represented a new style of one-on-one, face-to-face diplomacy to attack the post-1918 order, which had been characterised by treaties, collective security and the League of Nations.”

“We cannot understand the origins of the Second World War unless we reconsider the history of Mussolini and Hitler. If we look at this in detail, we can see how much Italy inspired Hitler.”

While Christian stresses that there are no direct parallels to be drawn between 1930s fascism and today’s rise of the populist right, he says we can understand what is happening now in global politics if we pay more attention to the 1930s and 1940s.

“Mussolini and Hitler were two assertive, belligerent leaders who dispensed with expert diplomacy and shattered the world order. My book shows what happens when aggressive leaders with a complete disdain for international cooperation become allies, and demonstrates that regimes relying on show and performance – as opposed to substantive political negotiation – can destroy the world order.”

The book, Mussolini and Hitler: The Forging of the Fascist Alliance (New Haven and London: Yale University Press, 2018) is available now.