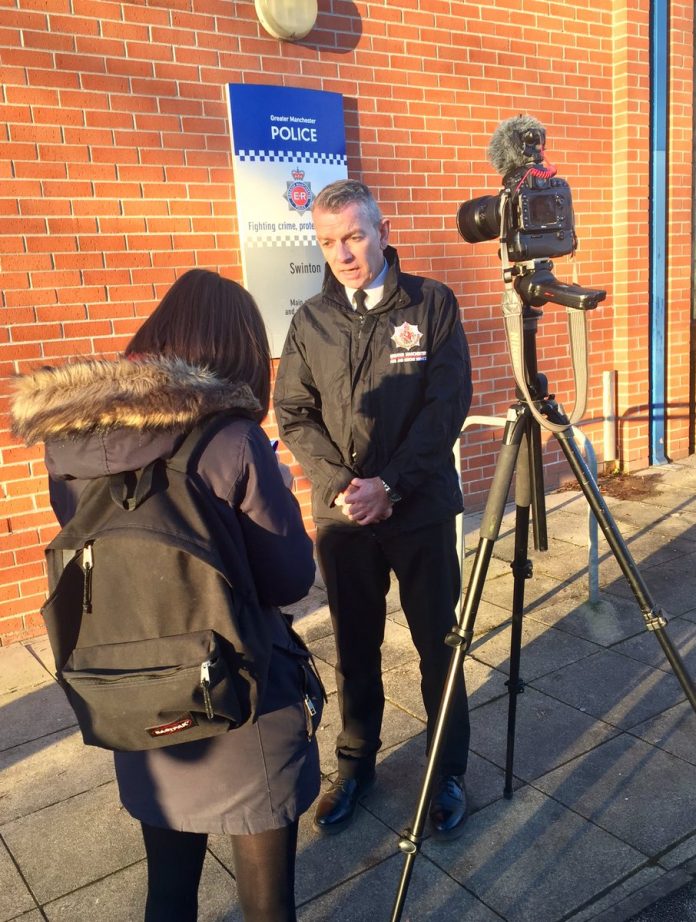 Five people have been now been arrested this evening after police launched a manhunt after three children died in a housefire in the early hours of this morning.

A 23 -year-old man and 20-year-old woman in connection with the investigation on suspicion of murder earlier.

Two further men aged 18 and 20 have also been arrested on suspicion of murder.

A 24-year-old man has been arrested on suspicion of assisting an offender.

The fire broke out just before 5.00am at a mid-terraced house on Jackson Street, Worsley.

A 14-year-old girl named locally as Demi Pearson was declared dead at the scene. An eight-year-old boy and a girl, 7, died in hospital.

A fourth, a three year old girl is in a critical condition while the children’s mother, a 35-year-old woman, was also injured and is heavily sedated in hospital.

Two teenage boys were described as walking wounded as they escaped the blaze before the fire brigade arrived.

The fire was treated as suspicious and a murder inquiry was launched.

Police are believed to be investigating if a flammable liquid was poured through the letterbox.

Police have confirmed that they had been in recent contact with the family and had visited the house before the fire broke out.The matter has been referred to police watchdog the IPCC.

Chief Superintendent Wayne Miller, Territorial Commander for Salford, said: “In what is such a heart-breaking set of circumstances, we have been doing our very best to support the family in every way that we can and carry out our enquiries quickly and sensitively.

“This evening, two people are in custody but we are still appealing for people who witnessed the fire itself or the events leading up to it to get in contact with us and tell us what they know.

“My thanks goes to the members of the public who have supported us with our investigation.”