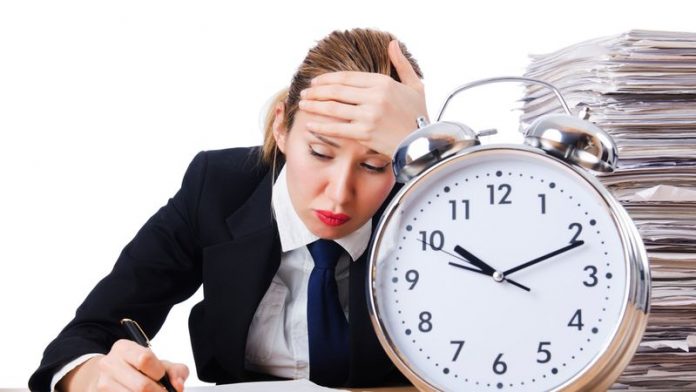 One in ten workers did paid overtime in Britain in the last year but only a fifth of them got at least a ‘time and a half’ pay premium for those hours, according to a new report published today (Tuesday) by the Resolution Foundation.

Paid overtime is a key part of the labour market for millions of workers, providing a vital boost to living standards, and yet it barely features in the public debate about the world of work. That’s despite the fact that 2.6m workers do paid overtime in their main jobs, nearly three times as many as are on zero-hours contracts.

Time for Time and a half? finds that the share of employees doing paid overtime has fallen in recent decades, from 17 per cent in 1997 to 10 per cent last year. The premium that overtime brings workers compared to their normal hourly pay has also shrunk. Just half of all those doing paid overtime enjoyed a premium of at least 10 per cent last year (down from 61 per cent 20 years ago), while just a fifth (20 per cent) of those doing overtime got ‘time and a half’ (down from 25 per cent).

The importance of overtime varies greatly across sectors and occupations. It is much more common in transport (where 17 per cent of employees do paid overtime) and manufacturing (14 per cent) than education (just 4 per cent). The East Midlands has the highest share of employees doing overtime (11 per cent), while London has the lowest (7 per cent).

Men are far more likely to receive a premium from doing paid overtime. Last year, their typical overtime premium was 23 per cent, while for women it was zero.

The Foundation says the sheer scale of paid overtime means it deserves a more prominent role in the debate about reforming Britain’s labour market.

While noting that any intervention involves important trade-offs with the availability of overtime, the report welcomes Matthew Taylor’s intervention in his government-commissioned Review of Modern Working Practices, which proposed a new minimum wage premium for non-guaranteed hours.

The Foundation recommends that, when the government responds to the Review in the New Year, it should examine not just Mathew Taylor’s minimum wage policy suggestion, but also what other countries do by considering the rights of workers further up the pay scale as well.

The report notes that countries from Austria to Australia have adopted a range of overtime policies, including, a maximum number of hours permissible as in Spain, the right to refuse extra hours without detriment as in New Zealand and a premium for any overtime hours worked  as in Austria.

The Foundation says that the government should trial an overtime pay premium that applies not just to those on the minimum wage but to a wider range of low and middle earners. This would help discourage firms from using contracts that do not reflect the actual hours individuals work, and provide an income boost to workers who do paid overtime to top up their contracted hours.

“Paid overtime is a massive workplace issue for millions of workers, and yet it enjoys a fraction of the attention given to more niche areas like the gig economy. This is likely due to it being a bigger deal outside London, and in more traditional sectors like manufacturing and agriculture.

“But, while paid overtime is popular, it’s far less lucrative than it used to be. Only a minority of workers still enjoy the traditional ‘time and a half’ pay premium.

“The Taylor Review has rightly suggested addressing this for workers on the minimum wage. When the government responds in the New Year, it should go even further and trial minimum overtime premium rates for other low paid workers.

“Minimum premium rates for overtime already operate effectively in countries like the US. Looking at such options here in Britain could bring a much needed income boost at a time when workers are in the midst of a 20-year pay downturn.”

Metro Mayors calling on the Government to review how funding for new housing is...