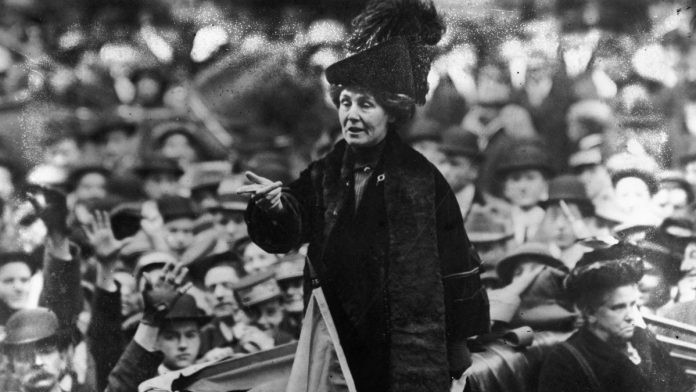 Emmeline Pankhurst has been voted as the greatest Northerner of all time after a public vote.

Each member of the shortlist has been immortalised by renowned artist Stanley Chow, and the portraits form a permanent, free-to-view exhibition at Manchester’s Great Northern.

The artworks are also being sold in postcard form, with the proceeds going to Forever Manchester – there are still some available via the charity’s website.

More than 1,000 people voted in the poll on the leisure and shopping destination’s Facebook page, with World War II hero Alan Turing coming a close second to the Moss Side-born political activist.

Mark Schofield, Centre Director for the Great Northern, said: “We’ve been delighted with the public’s response to our celebration of Manchester’s greatest sons and daughters.

“Greater Manchester has played host to some truly game-changing artists, innovators, sport people actors and activist, and we’re delighted to pay homage to their achievements and contributions with our own art exhibition.”

Also commenting on the shortlist, Eloise Moss, a lecturer in Modern British History at University of Manchester, said, “These amazing, legendary men and women from the worlds of science, drama, politics, and art have not only established the North as the centre of radical new modes of thought and cultural innovation, but also changed the world with their contributions.

“Whether it be Turing’s creation of the computer or Pankhurst’s fight for women’s rights, or the wonderful acting and activism of Maxine Peake and Sir Ian McKellen, these are figures who have, literally, made the world a better place.

“Bridging historic and contemporary periods, and continuing to inspire us through their intelligence, passion, and – in the case of the legendary Victoria Wood – keep us smiling with their humour, our Great Northerners are people of whom the region can be truly proud.”