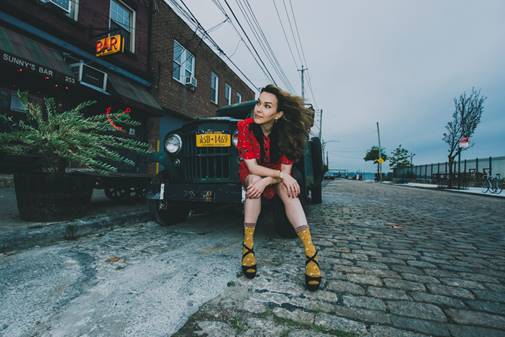 Americana singer-songwriter Sunny Ozell has announced shows in London and Manchester, as well as performing at The Long Road Festival this September, ahead of the launch of new album, ‘Overnight Lows’, due for release in early 2020.

To coincide with these shows, she will also release the first track from forthcoming new studio album, ‘Driving Highways’, on 13th September. The track is an evocative, groovy yet stated ode to Sunny’s experiences driving across the wild, unpopulated land of her home state of Nevada with its roads that stretch on forever, with a wistful Americana, Blues and Roots sound.

Players on the record include Jay Bellerose (Robert Plant, Alison Krauss), Tyler Chester (George Ezra), Andy Hess (The Black Crowes, David Byrne) and Rich Hinman (Sara Bareilles). The album was recorded at Village Studios in Los Angeles and due for release in early 2020, and its sound is inspired by the likes of Dr. John, Delaney & Bonnie, The Staples Singers, Bobbie Gentry, and Harry Nilsson.

Having toured the UK regularly, including prominent support slots for The Rails and Teddy Thompson amongst others in recent years, Sunny has become a stalwart of the vibrant Americana and Roots music scene in the UK. She also presented an Americana UK Award in 2018, before later that year hosting the awards nominations launch alongside Baylen Leonard.

Earlier this year she headlined and co-curated a stage at the Red Rooster Festival in Suffolk, in association with the Americana Music Association UK and PRS, with a line-up of female artists.

Tickets for Sunny’s upcoming show in Manchester are available now from: www.myticket.co.uk/artists/sunny-ozell.