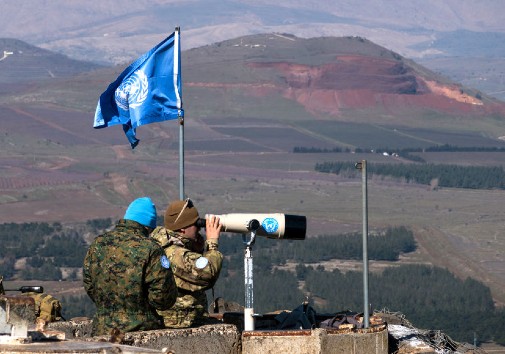 While the first half of the twentieth century marked a period of extraordinary violence, the world has become more peaceful in the past 30 years, a new statistical analysis of the global death toll from war suggests.

The study, by mathematicians at the University of York, used new techniques to address the long-running debate over whether battle deaths have been declining globally since the end of the Second World War.

The team carried out a “change point” analysis on publically available data sets tracking the number of global deaths in battle since the Napoleonic wars.

The researchers fine-tuned an algorithm to accurately detect points in the data where there are changes in the sizes of wars. The results suggest that, in addition to a distinct beginning and end to the unprecedented bloodshed of 1910-1950, there was another abrupt shift towards a greater level of peace in the early 1990s.

Co-author of the study, Professor Niall MacKay from the Department of Mathematics at the University of York, said: “The question of whether the world today has become more or less dangerous is a hotly debated issue among historians. Our study attempts to address this question purely from the perspective of what the data can tell us.

“The change for the better our analysis detected over the past 30 years may be due to peace keeping work by global organisations like the UN and increased collaboration and cooperation between nations.”

The authors of the study also identified another point of change in the 1830s. The historical reasons for this change are less clear, but with the world changing rapidly in the early 19th century and populations growing, this point in time appears to mark an improvement in the likelihood of dying in a conflict.

The “change point” technique used by the mathematicians was initially developed by researchers at Lancaster University. It was developed further by the York mathematicians into an algorithm capable of analysing “heavy tailed” data where there is a larger probability of getting very high values – something that has made analysing battle deaths very challenging in the past.

The research team stress that the battle deaths data sets they used – from the Correlates of War Project and Regius Professor Kristian Gleditsch at the University of Essex – do not allow for the question of whether violence in war is in decline to be answered with full accuracy.

Lead author of the study, Brennen Fagan, a PhD student in the Department of Mathematics at the University of York, said: “Data on war deaths will never be perfect. Firstly, it is difficult to know which deaths to include in the data set as many deaths are often brought about indirectly from war – such as famine or outbreaks of disease. For example, should deaths from Spanish Influenza be counted in the total number of deaths from the First World War?

“We also acknowledge that the data is likely to be Eurocentric, with the possibility that many deaths incurred by conflicts in the developing world have not been included.

“While it has its shortcomings, our analysis provides a methodology for future investigations and an empirical basis for political and historical discussions.”

Dr Steven Pinker, a cognitive psychologist at Harvard University, who has written extensively on the subject of whether the world has become less violent since the Second World War, said of the study: “Congratulations on such a sophisticated study of historical changes in war deaths. I’ve long hoped to see a change point analysis of these data, and this one is beautiful.”