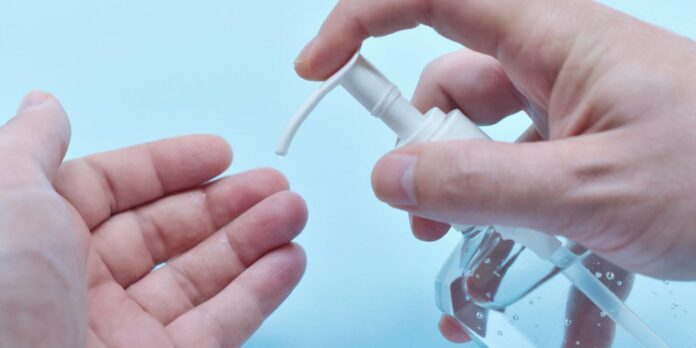 More than a third of people say that they have been forced to pay sky-high prices to get hold of essential hygiene and medical products during the coronavirus pandemic as opportunistic sellers have sought to exploit the crisis by price gouging, new Which? research reveals.

Analysis of almost 1,500 reports sent to the consumer champion’s price-gouging reporting tool over the last two months shows that more than 696 (47%) of the overall tool reports were for essential hygiene or medical products that people vitally need during this pandemic.

There have been price gouging issues both online and in-store, according to the consumers that reported to the tool. Most reports related to alleged profiteering by sellers online, with tech giants Amazon and eBay accounting for the majority of listings. Three-quarters (75%) of items with inflated prices reported to Which? were seen online, either on marketplaces or through online shops, while 25 per cent were spotted in-store.

Among the cases logged by the tool – shared by Which? with the CMA’s Covid-19 taskforce – are Dettol handwash being sold via Amazon, unknown to the brand, for £14.99 rather than £1.49 and a packet of paracetamol on sale in a local store for more than seven times the usual price.

These significant price hikes on items have affected vulnerable people with underlying health conditions as well as key workers who had no choice but to go out and work. One person who bought a case of hand sanitiser off Chemist-4-u.com told Which?: “I am furious that after buying hand sanitiser for £64.99 in late March, more recently the price has magically fallen by £40. I am a non-medical frontline worker and as a self-employed lawyer I am reliant on hand sanitiser to keep myself and others safe.”

Among the examples reported to Which? by consumers were medical-grade face masks that might be required by key workers, including an N95 face mask for £28.99 – nearly 20 times the usual price according to the tool user – via medical supply website UK Meds. Another person reported seeing the same mask on sale on the website for £14.99 – 10 times the usual price, they reported.

An FFP3 mask from eBay in May was on sale for £19.99 instead of £4 – five times the price. While a silverline branded moulded face mask, which usually costs around 80p, was being sold for £6.99 in a pharmacy before lockdown began – more than eight times the price. The person that saw the latter example told Which? that they felt that the price was exploitative.*

Which? found that the average percentage price difference for hygiene products such as hand sanitiser and disinfectant was 414 per cent – five times the price on average.

Four in 10 (40%) of the essential hygiene products which were reported as having inflated prices were hand sanitiser and soap. Recently the competition regulator (CMA) announced it is investigating four pharmacies and convenience stores for the suspected charging of excessive and unfair prices for hand sanitiser.

Across all product categories, 30 per cent of people had bought an item at an inflated price while four in 10 (40%) reported that they simply had to go without because of the excessive price of the product.

Hundreds of people, both those that had bought an item at the inflated price and those that had gone without, told Which? that they felt the price was unfair and exploitative.

For the 133 reports of price gouging on PPE, such as face masks and gloves, the average markup was 478 per cent.

Forty one per cent of the inflated prices reported were seen in the several weeks prior to the reporting tool launching, 11-30 April.

While the number of reports has decreased in recent weeks, people continued to report items at extortionate costs throughout May and June suggesting that there are outstanding problems with suspected price gouging due to seemingly unjustifiable price hikes. These prices could be high because of increased costs of materials or supply chain issues. However Which? is calling for the regulator to have more effective powers to investigate and ensure that prices are not due to businesses exploiting the crisis.

Consumers are encouraged to report any examples of price gouging with the CMA’s Covid-19 taskforce complaints service, and some online marketplaces also enable people to report listings directly to them.

Which? believes that no-one should be able to exploit a national emergency and leave people with little choice but to buy essential items at unfair prices in order to stay safe and survive in a crisis. There is a risk that problems could flare up again with lockdown easing and an increase in demand for products such as hand sanitiser from consumers, as well as from businesses that are reopening.

Which? is calling for emergency legislation to give regulators the tools to swiftly crack down on price gouging of essential products such as hand sanitiser and cleaning products, during this crisis and any future ones. This would assist the CMA in its current investigation to tackle suspected price gouging on hand sanitiser products by certain businesses.

“Our tool reports show that price hikes on essential items have too often been excessive and people consider them to be unfair and exploitative. International experience shows that price gouging is frequently a problem during national emergencies and the UK should ensure it is better able to crack down on profiteering.

“It’s good the CMA is now attempting to take action to investigate some instances of price gouging using competition law. However, the government should be helping the regulator by giving it more targeted powers to take swifter action to stamp out price gouging, and ensure the price of essential items stays at reasonable levels during a crisis when people need them most.”

He had a heart of gold