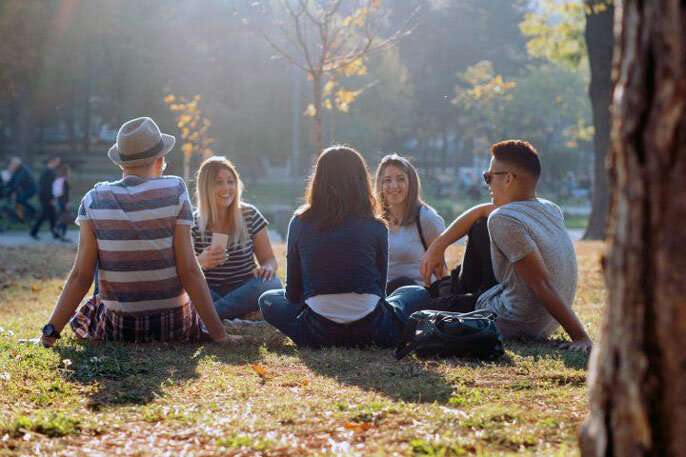 The pandemic has exposed a huge generational divide in living conditions across Britain, with young people locked down with half the space and three times the risk of damp than older age groups, while renters have seen their mental health deteriorate, according to new Resolution Foundation research published today.

Lockdown Living, funded by the Nuffield Foundation, explores the issue of household living conditions through a generational lens, and uncovers huge inequalities in housing quality that have been bought to the fore during lockdown.

With older age groups having had more time to accumulate housing than younger generations, the report notes that their homes are twice as spacious – 50m2 per person for those aged 65+ compared to 26m2 for 16-24 year olds.

The scale of wider inequalities in living conditions that it finds – including damp, overcrowding, garden access, and derelict neighbourhoods – are both striking and worrying as we enter a reopening phase that will see many people continue to work from home, alongside the risks of further local or national lockdowns.

The report finds that young people (aged 16-24) in England are three times more likely to live in a damp home than older age groups (aged 65+), and more than one-and-a-half times as likely to have no garden, or to live in a derelict or congested neighbourhood.

Close to 40 per cent of under-16s from Black, Asian and minority ethnic households have no obvious garden, compared to 17 per cent of white children, and close to one-quarter (23 per cent) live in a poor-quality environment.

The Foundation notes that despite these inequalities, housing quality has – on most measures – improved over time. Young people today are half as likely to live in damp conditions than young people were 30 years ago.

However, these housing improvements have disproportionately benefitted older age groups. In the late 1980s, households aged 65+ were more likely to live in damp housing than young people. Today, they are far less likely to experience these poor living conditions than younger age groups.

Not all living conditions have improved over time however. Overcrowding has risen across all age groups, with children (12 per cent) and young adults (8 per cent) by far the most likely to live in overcrowded conditions.

The inequalities in living conditions uncovered in the Foundation’s research have had a material effect on people’s wellbeing during the crisis, including their mental health.

It finds that private renters (the most common housing tenure for young people) were already more likely to experience poor mental health than home-owners before the crisis (21 per cent, compared to 19 per cent), even controlling for other characteristics known to effect wellbeing, such as age, pay and relationship status. This gap has almost doubled to four percentage points (22 per cent and 18 per cent) since lockdown.

The Foundation says that this stark generational divide in living conditions in part reflects the result of decades of policy failure to build new homes and regulate to uphold decent standards in housing quality, particularly in the private rented sector.

These stark divides should be front of mind for policymakers in the months ahead as decisions on the nature of reopening, or of any second lockdown, are taken. And addressing these problems should be a key priority for the Government as it rebuilds Britain’s social infrastructure as part of its ‘levelling up’ agenda.

“Britain is beset by a huge generational living conditions divide, which Covid-19 has brought to the fore. Millions of children and young adults have found themselves spending far more of their time in overcrowded homes with no garden access.

“These problems have been particularly acute for low-income and Black, Asian and minority ethnic households who experience the worst living conditions of all.

“And while many housing quality issues such as damp have improved over time, others – such as overcrowding – have actually got worse. This reflects decades of failure to build more homes and uphold decent standards, particularly in private rented accommodation.

“These divides have significant impacts on people’s wellbeing and mental health, and should be front of mind as decisions on reopening, or the nature of any further lockdown in the face of a second wave, are taken.”