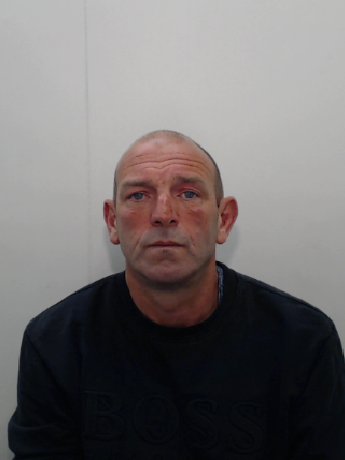 An employer who provided false time sheets to help cover the tracks of a man involved in a shooting outside a carwash in Wigan has been jailed for eighteen months after pleading guilty to perverting the course of justice.

Forty eight year old Mark Lamb was formerly of Wigan but was residing in Cyprus at the time of his arrest.

The court was told that March 2015, a 31-year-old man was stood outside a carwash on Bolton Road in Ashton-in-Makerfield, when an unknown gunman began firing at him from across the busy main road.

Upon hearing the shots being fired, the man was able to flee into the office of the carwash but not before he was hit three times in the abdomen, wrist and groin.

A subsequent investigation carried out by GMP’s Major Incident Team confirmed that a man named John Kent had driven by the location in his Peugeot van repeatedly before the shooting took place in order to carry out surveillance on the victim.

He then met with the gunman and another associate, Jacob Harrison, who had travelled to the area together in a stolen Seat Ibiza. Kent and the two other men then drove to the scene in convoy before fleeing the scene together after the shooting.

As detectives were piecing together the full details of what happened, they spoke with Mark Lamb, who employed John Kent as asbestos remover.

After being questioned by police about why his employee had been seen in his work van close to the scene of the shooting, Lamb produced false time sheets and documents in an attempt to provide a fake alibi.

Despite Lamb’s attempts to deceive police, Kent was jailed in April 2019 for 14 years and six months after being found guilty of conspiracy to cause grievous bodily harm and conspiracy to pervert the course of justice.

Detective Chief Inspector Carl Jones, of GMP’s Major Incident Team, said: “Mark Lamb lied in an attempt to cover the tracks of John Kent, who has since been convicted of playing a key role in the shooting of a man outside a carwash.

“Lamb’s attempts to mislead the police so that Kent could walk away with no consequences were utterly brazen as he went to the lengths of forging documents to seemingly make what he was saying credible.

“Kent would later go on to attempt to deceive his way through his trial but the jury saw straight through that, so it is fitting that Mark Lamb has now been brought to justice for his own web of lies.”