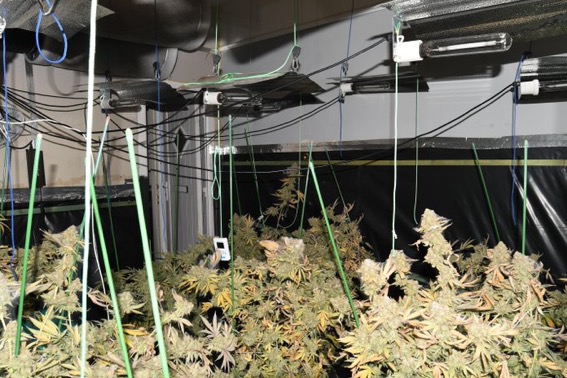 Two men, aged 51 and 55, have been arrested on suspicion of production of cannabis and are in custody for questioning after police raided a pub in Audenshaw earlier this morning.

At the same time, two warrants were carried out at a house on Droylsden Road, Audenshaw – where 38 suspected plants were found – and a flat above a business premises, also on Droylsden Road – where the remains of cannabis production was found along with a large quantity of cannabis.

In two cases, the electricity meters had been bypassed but have now been made safe.

Greater Manchester Police have submitted an expedited review application in relation to the premises licence at The Snipe Inn that will take place tomorrow (7 July) and the pub will remain closed subject to this review.

Police Sergeant Scott Kerr, of GMP’s Tameside district, said “Today’s operation was aimed at removing illegal drugs form the streets of Tameside and targeting those involved in the cultivation and supply of those drugs.

“Today we have had a significant find at the three premises resulting in the arrest of three individuals.