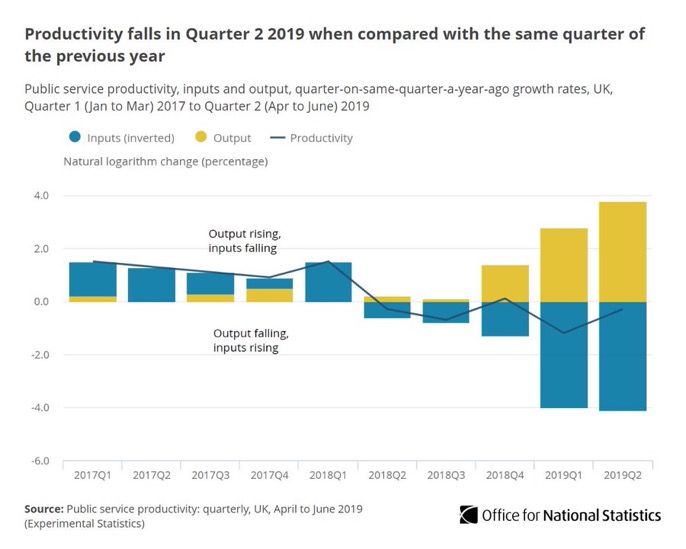 Labour productivity in the second quarter of 2019 was down by 0.5%, compared with the same quarter for 2018.This follows two previous quarters of no growth.

Figures out this morning from The Office of National Statistics also found both services and manufacturing saw a fall in labour productivity of 0.8% and 1.9% respectively on the same quarter in the previous year

“Both manufacturing and services saw a fall on this time last year, with only a couple of other relatively small sectors contributing positively. This confirms the broad base of the UK’s productivity challenges.”