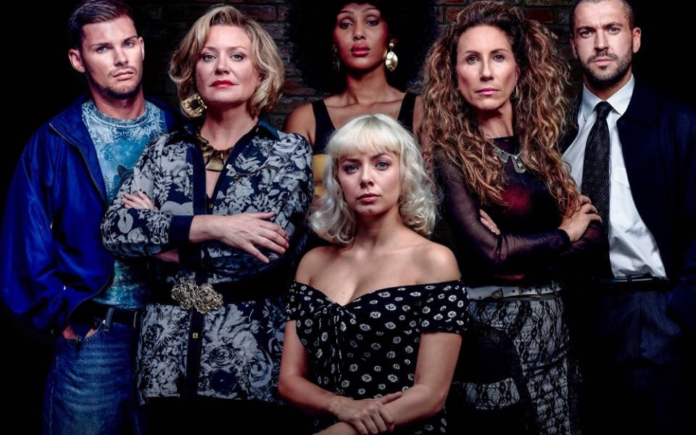 The premiere stage adaptation of Kay Mellor’s multi award-winning ITV series, that was one of the most watched shows in television history – today announces that Laurie Brett, Gaynor Faye, Kieron Richardson, Shayne Ward and Sacha Parkinson, will star in the production when it plays The Lowry’s Lyric Theatre in January 2020.

Following the unprecedented sell-out success of Fat Friends The Musical, producer Josh Andrews and Kay Mellor have teamed up again for Band of Gold, to be directed by Mellor. The nail-biting thriller tells the story of a group of women – Carol, Rose, Anita and Gina – as they battle to survive whilst working in a notorious red-light district. When one of their colleagues is murdered, they need to find the killer before they strike again.

First aired on ITV in March 1995, Band of Gold starred (amongst others) Geraldine James, Cathy Tyson, Barbara Dickson and Samantha Morton. The groundbreaking crime drama captivated the nation, with bookmakers taking bets on the identity of the killer before the final episode!