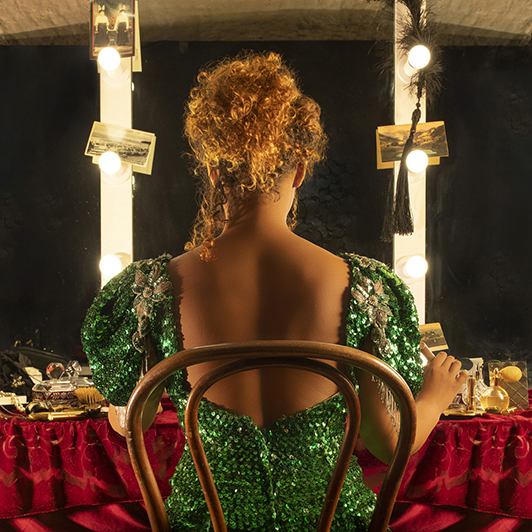 The exuberance, grit and glamour of Burlesque finds a home in the Exchange’s unique in-the-round theatre this Christmas in director Jo Davies’ sizzling GYPSY.

With Ria Jones as the tour-de-force that is Momma Rose, the wonderful world of show business is brought to life by Jo and her creative team: Choreographer Andrew Wright, Musical Supervisor Joel Fram and Designer Francis O’Connor. Ria Jones is joined by Melissa James as Louise, Melissa Lowe as June and Louis Gaunt as Tulsa in this production of the extraordinary musical GYPSY which can be seen in the theatre from 30 November 2019 – 25 January 2020.

Choosing the bright lights of the stage over putting her girls though school, Momma Rose is resolute in her desire to see her daughters, Louise and June, realise her dreams of stardom and adoration. But how are these young women shaped by her actions, what is passed down from generation to generation, and what new opportunities are afforded to one but denied to another?

‘History is the New Punk’: The International History From Below Network