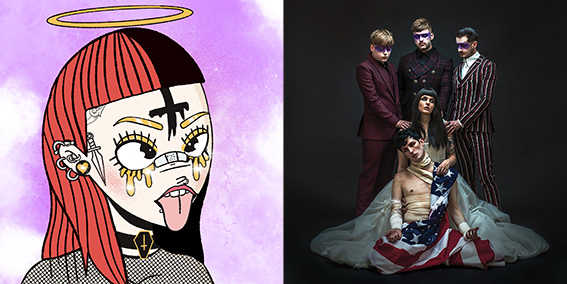 Goth GFs will be teaming up with punk rock band Creeper for The Haunt, launching 15th December at London’s Hard Rock Cafe.

The event, which is partnered with Old Sarum Tattoo, will be open to the public and will take place alongside Creeper’s highly anticipated UK-wide tour. The Haunt, which will be open to all (including non-ticket holders), is a daytime event, opening at noon on each day of the tour.

Changing the NFT landscape, Goth GFs, available on blockchain platform Solana, launched earlier this year with their inclusive space aimed at those who can feel marginalised in the traditional art sphere.

“We see the expansive world of NFT and crypto going hand-in-hand with alternative culture, it’s a natural fit – at Goth GFs we wanted to create an inclusive community of like-minded people who are passionate about both NFT art as well as alternative culture,” said 0xNoFace, founder of Goth GFs.

Goth GFs will be accompanying Creeper on each leg of the tour, showcasing incredible art and speaking about all things alternative culture in the metaverse, and the awe-inspiring community that they are creating.

The Haunt will also play host to Old Sarum Tattoo & Piercing studio, who will be transporting their pop-up tattoo studio around the UK – providing fans with a chance to get exclusive custom-designed artwork. All tattoos will be first-come, first-served and will require a photo ID.

Creeper, formed in 2014 are an English goth-horror-rock band, originating in Southampton. Signed with Roadrunner Records, they have released 3 studio albums, with the most recent, American Noir released in July 2021. 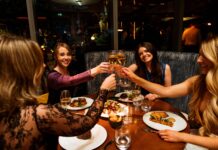