University of Manchester researchers, working with the Syrian community in the city, and The Rethink Rebuild Society, will be part of the #JourneysFest Takeover at the Manchester Museum on Saturday 8 October. Journeys Festival International is a major new festival which celebrates the artistic talent and incredible stories of refugee artists. (01 – 12 October 2016)
Researchers from The University of Manchester have been working with Syrians in the UK and in refugee camps surrounding Syria for a number of years since the start of its civil war.

Psychologists have been particularly focussed on parenting in these communities, helping parents and their children to recover from the traumatic experiences they have suffered as a result of war and fleeing their home country, working on ways to help them during displacement and resettlement.

The #JourneysFest Manchester Museum Takeover will provide insight into this work and the other rooms of the Museum, part of The University of Manchester, will host a variety of activities including the International Kite Project, Conversation Corner, Pop Up Theatre performances from The Royal Exchange and Community Arts Northwest (CAN), music from Sarah Yaseen and spoken word with Hafsah Aneela Bashir.

Artwork created by children from refugee families will be on display, alongside a screening of Departing: Arrivals by Hafsah Naib, a documentary that shows the lives of Syrians who have settled in Manchester. Visitors will be able to speak to University researchers who have been working on a ground-breaking project on the Syria-Turkey border; sending in advice leaflets on parenting and coping with trauma inside the wrappers of bread deliveries.

The event is part of Journeys Festival International held in Manchester 1-12 October and produced by Leicester-based ArtReach. Other events on the schedule include The Container Project, in which a shipping container will be transformed into an innovative project space in St. Ann’s Square.

Contact, a theatre near to the University campus, will host the acclaimed production Burning Doors by Belarus Free Theatre (10 – 12 October), which features the theatre debut of Maria Alyokhina from Pussy Riot telling the true stories of persecuted artists; Petr Pavlensky, Oleg Sentsov and Maria Alyokhina.

Professor Rachel Calam, who leads the Syrian refugee projects at The University of Manchester said: “Creative expression is an important way for people to explore and come to terms with the terrible experiences they have suffered. It is also a way to celebrate the culture and artistic styles of their own country, even though they’ve been forced to leave it.

This event seeks to cover both of these themes and all of the events we have planned for the day promise to be thought provoking and inspirational.”

David Hill, Director of ArtReach, said: “ArtReach is very pleased to be working with The University of Manchester and Rethink Rebuild to help facilitate important contributions from the Manchester Syrian community in its Journeys Festival International ‘Take-over’ event at Manchester Museums. It is so important to give a voice and platform to this community at such a challenging time and we hope the work will be celebratory as well as thought provoking.” 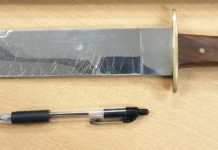 Three precious points for the Bloods