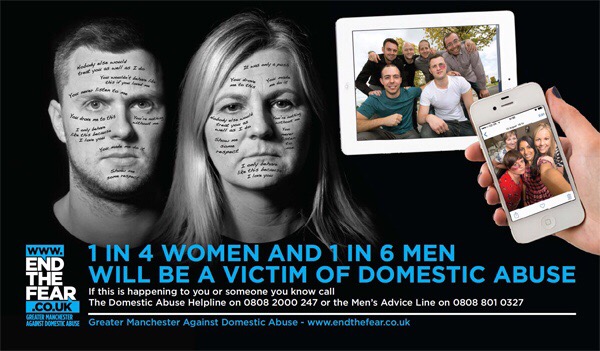 Greater Manchester Police has arrested 533 people wanted for domestic abuse over the last three weeks as part of Operation Scratch.

As part of a month of action GMP is reinforcing its fight against domestic abuse, raising awareness of the underreported crime, capturing criminals wanted for domestic abuse offences and encouraging people to recognise the signs in their own or someone else’s relationship.

Beginning on Monday 12 September and running for a month, Operation Scratch will see officers from across Greater Manchester working together to search for people who have committed domestic abuse related crimes and reaching out to communities, urging them to report suspicions or get support if they are a victim.

The operation comes eight months after a change in the law that made coercive and controlling behaviour in relationships illegal. Since then, GMP has investigated 55 reports under the new legislation.

The new legislation mean that victims who are subjected to coercive and controlling behaviour can bring their perpetrators to justice, with incidents that stop short of serious physical violence but amount to extreme psychological and emotional abuse will now be recognised as a crime within the domestic abuse framework.

Officers will be going after offenders who have committed crimes against their loved ones but will also be continuing a campaign started by GMP when the legislation first changed, SCRATCH.

Raising awareness of the signs to look for when it comes to coercive and controlling behaviour the campaign sees officers give members of the public SCRATCH cards which, instead of revealing a cash prize, will uncover another layer of controlling behaviour as the sections are scratched away.

As well as raising awareness with the public specially trained officers will spend the month sharing their knowledge with officers and staff from across the Force, holding training sessions for front line officers who deal with domestic abuse incidents first hand.

For more information, whether you are a victim, friend, family member or neighbour please visit: www.gmp.police.uk/domesticabuse.

A Lidl less conservation – up to a third of supermarket packaging not widely...