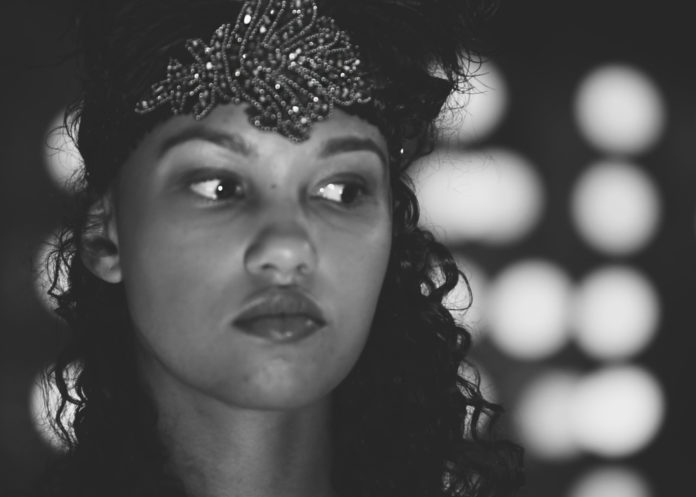 An uplifting evocation of 1920s jazz and blues, and the fictitious gripping story of Honey Grey, lead singer in her Daddy’s band, are told in the melodic and musical tale of Lady of Jazz.

Starring the dulcet tones and theatrical talents of up and coming musical star, Michaela Bennison in her first major leading role, this Lady of Jazz sings her own brilliant Ragtime, Charleston and Stride – inspired by Bessie Smith, Ethel Waters and Louis Armstrong – as well as classic standards such as ‘Careless Love’, ‘Frankie & Johnnie’, ‘Ain’t Nobody’s Business’ and ‘Nobody loves you when you’re down and out’ … But Honey is living a lie and that’s a dangerous thing to do in the 1920s in the South….

Michaela is accompanied on stage by pianist Tony Pegler in the non speaking role of Frankie Finch.

Michaela Bennison’s professional stage credits include Juliet in Romeo and Juliet (Moving Stories), Emily in Separate Ways (Theatro Technis), Polly Perkins in Robinson Crusoe (Greenwich ), Maria in The Nutcracker and The Mouse King (Cornerstone), Corbyn’s Researcher/Reporter in Brexit the Musical (Edinburgh Festival Fringe), Polly Peachum in The Beggar’s Opera (Lazarus), Lucinda in Into The Woods (Royal Exchange Manchester). She has a Post-Graduate Diploma in Musical Theatre from the Royal Academy of Music, a BA Hons in Music from University of Southampton and an ATCL (Distinction) in Musical Theatre Performance.

Their production of Lady of Jazz premiered at Ink Festival 2019 and performs at Wilton’s Music Hall in London from October 7-9 prior to its Manchester dates at Hope Mill Theatre from Monday 11-Wednesday 13 November.

Suitable for all ages

Running time 1.5 hours with one interval

Paul Heaton and Jacqui Abbot to perform at HMV Manchester

Set in Manchester-Russell T Davies on the passions and pitfalls of 21st Century Gay...