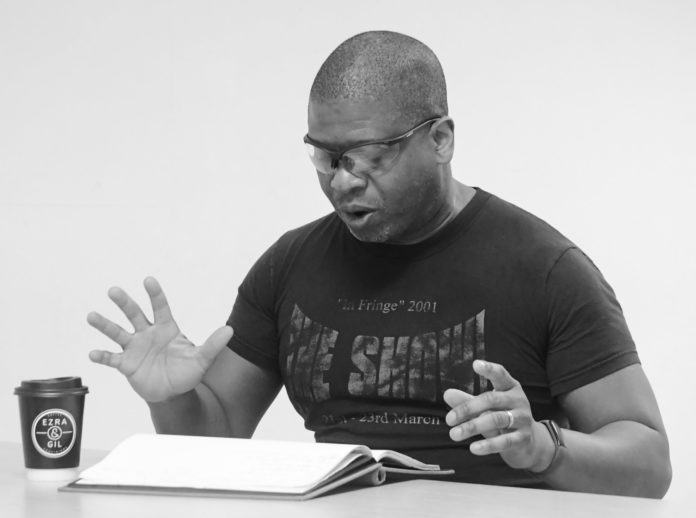 Following sold-out and critically acclaimed productions at Hope Mill Theatre in 2019 and at HOME Manchester in 2018, Elysium Theatre is delighted to return to the North West with the Northern Premiere of Athol Fugard’s PLAYLAND.

Directed by multi-award-winning director and Elysium Theatre co-founder, Jake Murray, PLAYLAND was South African Fugard’s last play written under Apartheid. Set on New Year’s Eve 1989, only a month or so prior to Nelson Mandela’s release from prison, the Cold War is over, the world is changing, and two men encounter one another in a remote corner of Playland – a run-down funfair somewhere in the vast wilderness known as the Karoo.

The two men, Gideon Le Roux a white ex-soldier fresh from the Border War in Namibia and who is suffering from PTSD and Martinus Zoeloe a black night-watchman who murdered his white boss a decade before for raping his wife confront each other, both fleeing from the demons of their past. As night draws in, neither can escape from what they have done, and must work out their own redemption as they beat against the limits of forgiveness.

Director Jake Murray comments: “In our modern era in which racial and religious divisions are re-asserting themselves all across the world in our political lives, PLAYLAND could not be more relevant or timely and I am very excited to bring this play to the North West and East for the first time.”

“PLAYLAND is both a beautiful and moving play that resonates far beyond its immediate context to become about pain and reconciliation, guilt and repentance, the possibility of understanding across racial and political divides and the limitations of forgiveness. Reminding us of how it was when those divisions were at their most vicious, and the damage they caused when imposed across society.”