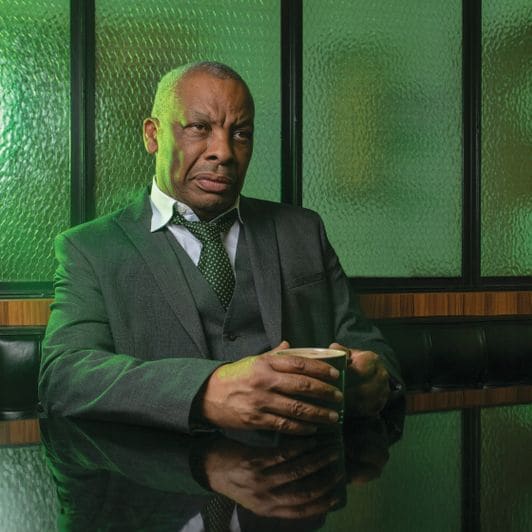 A giant of contemporary American drama Death of a Salesman is a pertinent examination of a man let down by a system that has promised him, and his family, the world.

Following his critically acclaimed performance of KING LEAR Don Warrington returns to the Royal Exchange to play Willy Loman in Sarah Frankcom’s version of Arthur Miller’s Pulitzer Prize winning play. As the ground shifts beneath the feet of Americans daily, this seminal play holds a light up to the political and aspirational systems of nations that leave men like Willy stranded and families set adrift. This production runs from 11 October – 17 November in the Theatre.

Willy Loman is an ordinary man, he’s the New England man, he’s well-liked. For thirty-six years he’s been on the road, paying his way and one day he’s going to come good. When his son Biff returns home, suddenly things are looking up. Because you reap what you sow, right?

In a play that aches with the burden of family secrets Maureen Beattie takes on the role of Linda Loman, and following his role Guys and Dolls, Ashley Zhangazha returns as Biff Loman. The cast is completed by Rupert Hill, Tom Hodgkins, Milton Lopes, Rina Mahoney, Will Merrick, Buom Tihngang, Trevor A Toussaint, and Elizabeth Twells.

Don Warrington is an award-winning actor who can currently be seen in the BBC’s hugely successful series Death in Paradise.