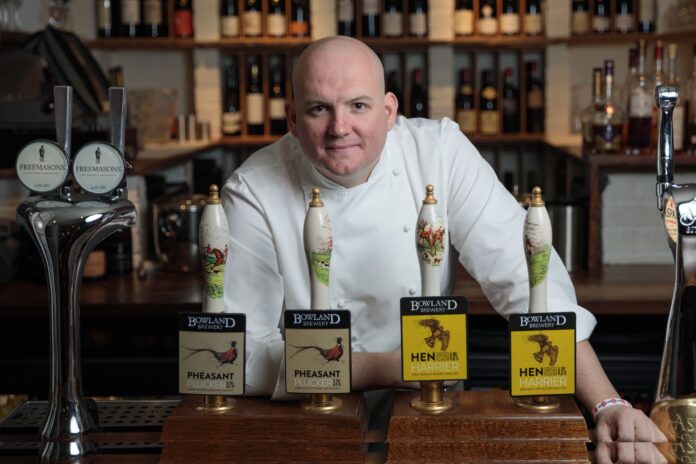 Steven Smith of The Freemasons Arms has been awarded #5 in the Estrella Damn Top 50 Gastropubs 2022 list revealed at the awards at Escape to Freight Island in Manchester, where Steven also cooked for guests.

Steven and the hard-working team at The Freemasons Arms are delighted to have climbed one space from last year’s 2021 Awards where they came 6th.

Steven Smith and The Freemasons Arms have held a top 10 position in the Top 50 Gastropubs for over a decade. In addition, The Freemasons at Wiswell was the first pub to ever receive 7 out of 10 in the good food guide, and has gained inclusion in The Sunday Times Top 100 Restaurants – the only pub to make the list!

Located within the rolling countryside of the Ribble Valley, nestled in the medieval village of Wiswell, just south of Clitheroe, is Freemasons at Wiswell, Steven Smith’s acclaimed Gastropub with on-site boutique rooms.

The high-end pub continues to reinvent itself, with the a la carté menu drawing on Steven’s love of utilising the finest Lancashire produce, governed by the seasons. Expertly walking the tightrope between quintessential British pub and a forward-thinking modern restaurant, Steven has aligned his menus with the growing demand for traditional comfort food with added contemporary flair.

Born in nearby Blackburn, Steven learned his trade in some of the North’s top establishments before going solo and creating a true gastronomic experience in a stylish pub setting.

The White Swan at Fence was awarded 25th place in the list, a one Michelin-starred eatery serves up some of the most magnificent food in the region.

In 38th place is The Higher Buck in Waddington, Lancashire. Renowned for its culinary classics, innovative favourites, which are lovingly crafted from local produce of the highest quality. 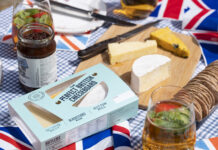 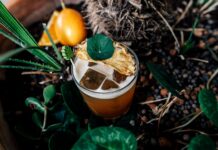 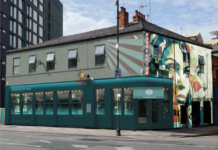 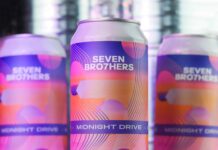 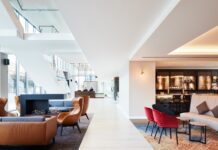 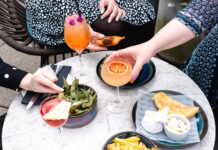 Celebrate the Queen’s Jubilee high above Manchester at 20 Stories

Around The World In 80 Days docking at Salford Quays this Christmas.

Stripped down but Manchester’s 24:7 festival is back

How to run the country….or maybe not?