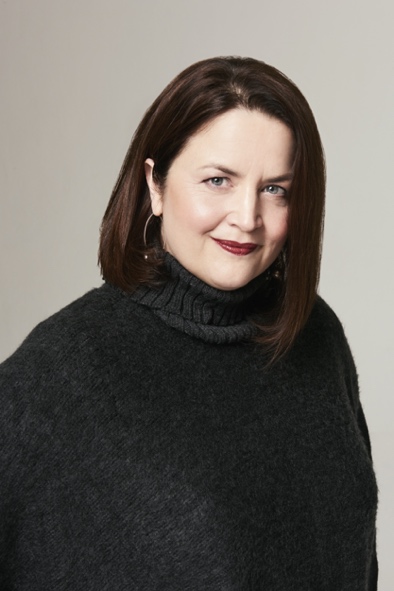 Ruth Jones will be embarking on a UK tour to celebrate the publication of her brand-new novel Us Three.

The tour will take in 7 dates across the UK, beginning at London’s prestigious Alexandra Palace on 10th May and including a date at Manchester’s Royal Northern College of Music and concluding at Sevenoaks Bookshop on 19th May.

Spend the evening in the company of award-winning TV writer, BAFTA-nominated actor and bestselling author Ruth Jones as she heads out on the road to celebrate the publication of her brand-new novel Us Three. Packed with all the heart and empathy that firmly established Ruth as one of the greatest TV writers and performers of her generation, Us Three is a moving and uplifting novel about life’s complications, the power of friendship and how it defines us all.

Ruth will be joined live on stage by a special guest interviewer for a far-reaching conversation, touching on the difference between writing for the small screen and a novel; the art of creating unforgettable characters, her inspirations; the many theories on the fishing trip and beyond.

Ruth Jones is best known for her outstanding and award-winning television writing, most notably BBC One’s Gavin and Stacey, which she co-wrote with James Corden and in which she played the incorrigible Nessa Jenkins. The show most recently drew an audience of over 18 million for the critically acclaimed Christmas special. Her debut novel Never Greener has now sold over a quarter of a million copies and was a number 1 Sunday Times best seller.

Don’t miss this uplifting and memorable night with one of the nation’s best loved writers.

Tickets for Ruth Jones: Us Three are on sale 12 pm, Tuesday 3rd March, available from www.fane.co.uk/ruth-jones-booktour.

Paper-Like the lines of hand