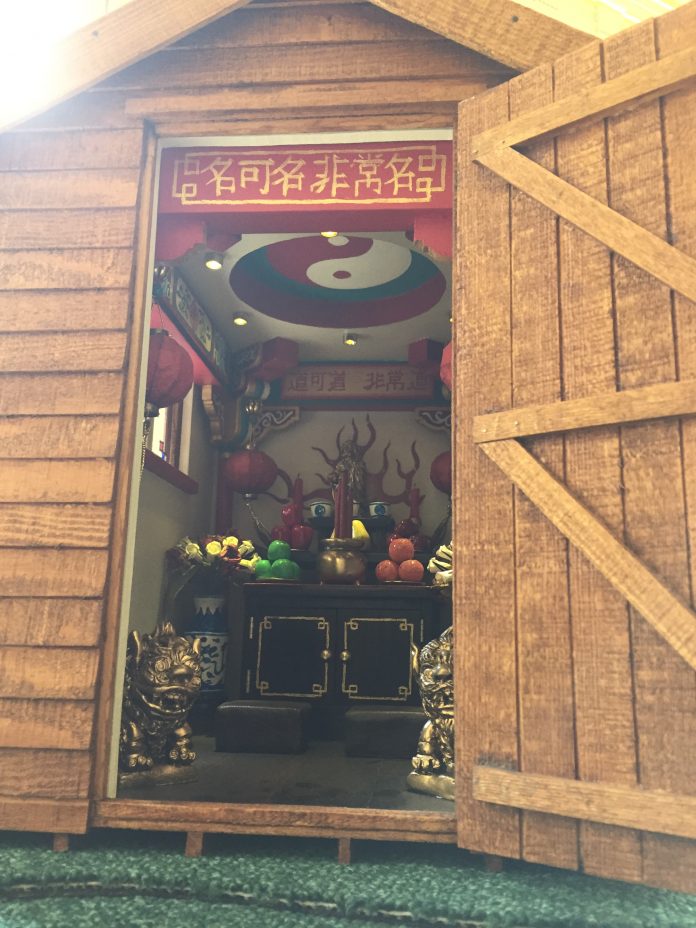 A new exhibition at Manchester’s Central Library explores in minute detail the customs and icons of major world religions and belief systems.

Manifested in a series of 12 scale modelled garden sheds, the works by Richard Bartle reduces the usually grand architecture of churches and temples into more private spaces of worship. Viewers are invited to make their own minds up about the question of what it is to have faith, and the differences and similarities between differing belief systems.

Each sculpture has been extensively researched by Richard through visiting places of worship and talking to people from the communities that use them, as well as researching religious, documentary and historical texts. Each shed and its interior has been painstakingly hand crafted, wherever possible staying true to materials and respecting the sacred and ideological value of the objects and images appropriate to that belief. The work explores the ideas of dedication and obsession, a global perspective of religion and politics, and our relationship with physical objects and architecture.

Richard Bartle is a Sheffield based artist who has exhibited widely in the UK and Europe. He has many works in both private and public collections. He says about his work; ‘I have always sought to observe the fundamental driving forces behind society and its ideas of political, economic and philosophical progress’.

You could spend the night at The Trafford Centre this Halloween… if you dare!