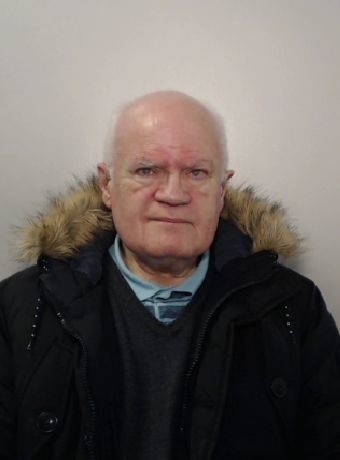 Seventy four year old John Edward Burke Teal Close, Altrincham, pleaded guilty at an earlier hearing to fraud by abuse of position and was sentenced to 33 months in prison.

Between 2007 and 2012, Burke had befriended and gained the trust of his victim, an 83-year-old woman, who lives in Warrington. She became dependent on him to manage her finances and also had customer authority to access and speak to the banks on the victim’s behalf without her being present.

Burke persuaded her to give him cheques, on the promise of a good return on her investment and a repayment of capital after a set period of 7-10 years. During the five years he stole £160,000 from her.

Burke’s actions came to light when a family solicitor and financial advisor expressed concern about the lack of paperwork and lack of interest payments being made in respect of these ‘investments’.

Greater Manchester Police’s Fraud Investigation Team launched an investigation and enquiries showed that Burke was not a registered accountant and was not registered to give financial advice by the Financial Conduct Authority. It also transpired that in 2013 a homemade will was prepared by Burke in which the victim had signed appointing him as sole executor.

Officers established that Burke had spent the majority of the victim’s money on loans to another company, leasing a new Mercedes, a new kitchen, paying off his own personal debts, loaning money to a friend for the purchase of a motorhome and on his own living expenses, upgrading electrical items around the home and shopping.

In January 2015 Burke was arrested following a warrant at his home. Between January 2008 and December 2014 £25,547.96 had been repaid to the victim from the accounts held by Burke.

Detective Constable Laura Watson of GMP’s Economic Crime Unit said: “Burke targeted a vulnerable woman, gained and then obliterated her trust, by stealing hundreds of thousands of pounds from her. The amount repaid in interest during the offence period by Burke is a fraction of the rate quoted and no capital repayments had been made during this time to her.

“This is a sad case where an elderly woman has lost her savings and has been left extremely upset by what has happened. I urge people to be vigilant and only ever use a registered financial advisor, regulated by the Financial Conduct Authority when making important investment decisions and together we can stop callous fraudsters like Burke.”

Sex predator jailed for 14 years and his victim praised for key evidence that...

Sexual predator” has been jailed after taking advantage of a vulnerable teenager he...