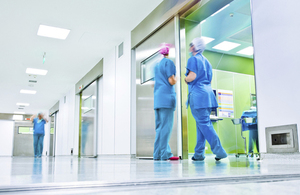 In its final report the group of independent CMA panel members found that the merger will give rise to substantial benefits for the care of patients. These outweigh any harm caused by a loss of competition between the merging trusts.

The benefits include reductions in patient mortality, clinical complications and infection rates.

Patients who are expected to benefit from the merger include those at risk of heart attacks or strokes, and those who need vascular surgery or kidney stone removal.

We have found that this merger will have substantial benefits for the healthcare of patients.

Our confidence in this is strengthened by widespread support from commissioners, clinicians and local authorities in Greater Manchester, who have developed a clear shared vision for providing health and social care under devolved powers.

The merger is expected to go ahead on the 1st October

Going to Covid Plan B would cost £18 billion and health gains would be...